According to the Bible narrative, who was the second descendant of Adam to die?

I was reading a sister site question, "How long (if at all), will it take for the amount of living to exceed the dead population?" and as I read through the answers I realized that until the death of Abel, no human had ever died.

According to the Bible narrative, who was the second person (after Abel) to die, and when did that person die?

The second death recorded in the Bible story, in the lineage of Cain, first son of Adam

The doubling of the account of the killing probably does not mean that Lamech killed two men, but rather is most likely an example of a common Hebrew poetic form in which the same person, object, or event is referred to using two parallel words or phrases in a row.

The person killed is not named, nor are any other details given elsewhere in the Bible narrative. So about the "who," we simply don't know.

And since no ages are given in the genealogy tracing the line from Cain to Lamech's four children in Genesis 4:17–22, we cannot say what Lamech's lifespan was in relation to Adam's descendants through Seth down to Noah (recounted in Genesis 5). All we can say with certainty about the "when," then, is that the second death recorded in the Bible happened some time before the Great Flood. And we can conjecture that since it happened fairly late in Cain's line, this death likely happened somewhat late in the pre-Flood period.

Having said that, the births in the line of Seth are weighted toward the earlier part of pre-Flood times, as shown in this chart: 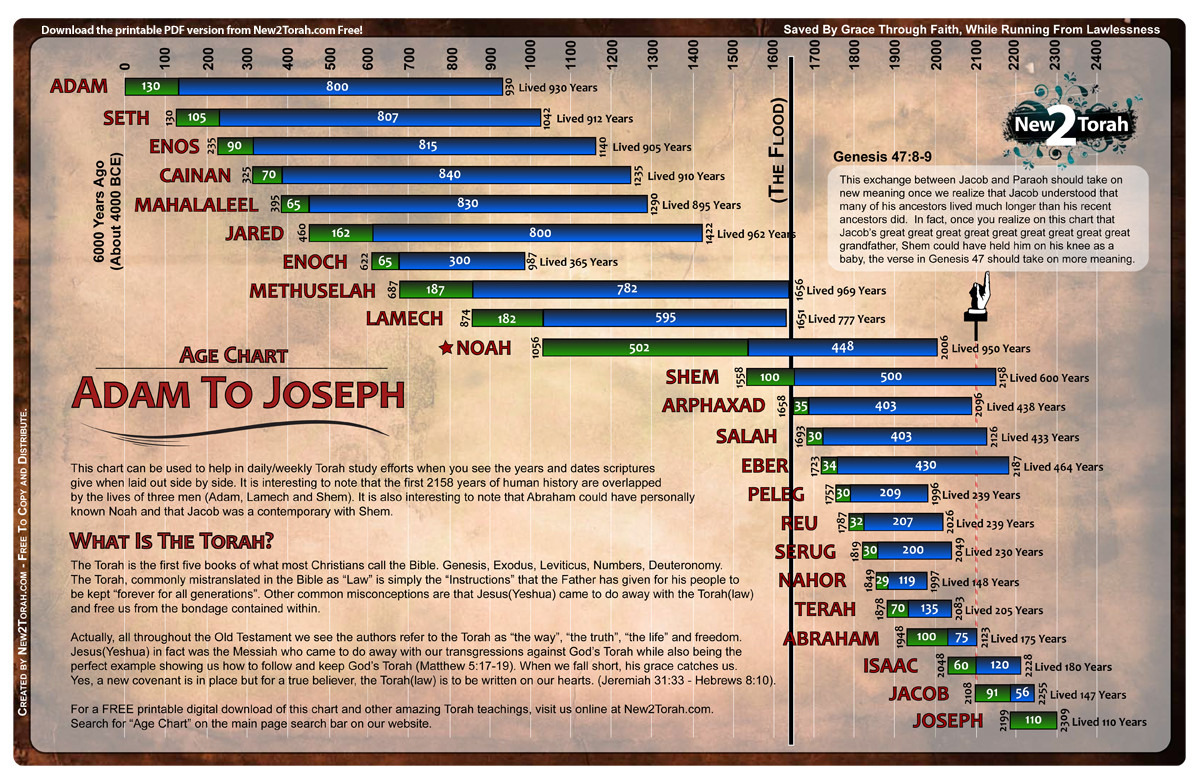 (Note: The use of this chart does not imply agreement with all of its commentary.)

If the line of Cain followed a similar pattern, this second recorded death in the Bible story could have been earlier in the pre-Flood era than we might ordinarily think.

For further commentary on this incident, see BibleHub, Genesis 4:23 and Genesis 4:24.

The deaths in the lineage of Seth, third son of Adam

Although the man killed by Lamech is the second death recorded in the Bible, it is not necessarily the second death chronologically. In the next chapter, Genesis 5, the genealogy of Adam through his third son, Seth, is given, complete with the ages of each man at the time of the birth of his firstborn son and at the time of his own death.

In the Genesis 5 sequence, Adam is the first to die (long after Abel's death, of course). The second death in this lineage depends on how you interpret "death" in the case of Enoch, the sixth generation after Adam in Seth's line, of which the narrative says:

Thus all the days of Enoch were three hundred sixty-five years. Enoch walked with God; then he was no more, because God took him. (Genesis 5:23–24)

If "God took him" is understood to mean that Enoch died, then Enoch is the first person to die in Adam's lineage through Seth.

If "God took him" is not understood to mean that Enoch died, then Seth himself is the first person to die in Adam's lineage through Seth.

Since, as pointed out earlier, there are no ages and therefore no relative dates attached to the genealogy of Cain's line given in Genesis 4:17–22, it is impossible to say for sure whether the man whom Lamech killed as narrated in Genesis 4:23–24 died before or after Enoch (or Seth) died, or indeed whether he died before Adam himself died. We therefore cannot say with certainty that he was the second person to die chronologically in the Bible story.

The first death after Abel:

The second descendant of Adam to die:

Not the answer you're looking for? Browse other questions tagged genesis adam-and-eve death or ask your own question.

5
What is the basis for the belief that Eve was created on the sixth day, like Adam?
8
Was Cain a descendant of the serpent, through Eve?
7
If Adam is an allegorical character, which Bible character in messianic genealogy is the first real human?
1
Does the Jerusalem Bible teach that Adam had a wife before Eve?
4
What is the Biblical support for praying for the dead?
6
According to Catholicism, will those who are alive on the Day of Judgement die physically?
0
According to YEC, did all plants and trees survive the Great Flood? If so, how?