Was Jesus a sun god? [duplicate]

Ask Question
Asked 4 years, 7 months ago
Active 2 years ago
Viewed 9k times
-4
This question already has answers here:
How do Christians respond to and/or explain the similarities between other societies' Gods and that of Jesus [closed] (3 answers)
Closed 4 years ago. 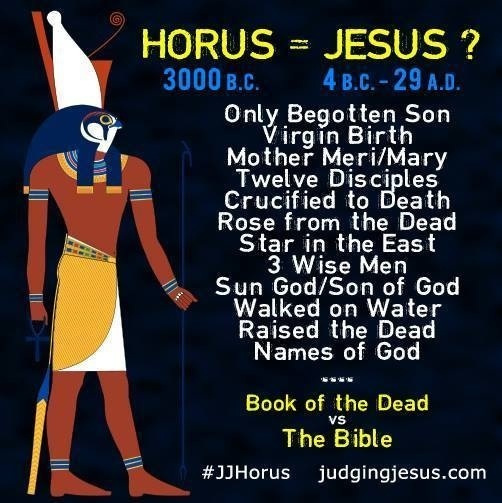 Can anyone explain to me how I can maintain my Christian faith in the light of evidence that many other saviour stories from even more ancient religions have exactly the same episodes as many from the gospels, most remarkably the three days between death and resurrection?

The claim is that Jesus, along with the Hindu's Krishna and mythological figures like the Egyptian god Horus, Greek Dionysus and Roman Mithra are versions of Pagan sun worship.

In the Northern hemisphere, the sun's zenith suspends its move across the horizon for three days at midwinter. The theory is that this is the origin of Christ's time in the tomb, moved to Easter perhaps to coincide with the Jewish passover.

When the sun "stops" I am told that the three stars of Orion's belt point directly at the sun. This is said to be the origin of the three wise men.

How can the Christian articles of faith that Jesus was both a historical figure and the son of God who died for our sins stand up against this theory that he is instead the sun of God?

Horus cannot equal Jesus, one reason is that Horus stands in no chance compared to Jesus on morality.

Further these claims about Horus vs Jesus are already debunked on this website, please have a read https://gotquestions.org/Jesus-myth.html

Horus was born to Isis; there is no mention in history of her being
called “Mary.” Moreover, “Mary” is our Anglicized form of her real
name, Miryam or Miriam. “Mary” was not even used in the original
texts of Scripture. • Isis was not a virgin; she was the widow of
Osiris and conceived Horus with Osiris. • Horus was born during month of Khoiak (Oct/Nov), not December 25. Further, there is no mention in the Bible as to Christ’s actual birth date. • There is no record of
three kings visiting Horus at his birth. The Bible never states the
actual number of magi that came to see Christ. • Horus is not a
“savior” in any way; he did not die for anyone. • There are no
accounts of Horus being a teacher at the age of 12. • Horus was not
“baptized.” The only account of Horus that involves water is one
story where Horus is torn to pieces, with Isis requesting the
crocodile god to fish him out of the water. • Horus did not have a
“ministry.” • Horus did not have 12 disciples. According to the Horus accounts, Horus had four demigods that followed him, and there are
some indications of 16 human followers and an unknown number of
blacksmiths that went into battle with him. • There is no account of Horus being betrayed by a friend. • Horus did not die by crucifixion. There are various accounts of Horus’ death, but none of them involve
crucifixion. • There is no account of Horus being buried for three
days. • Horus was not resurrected. There is no account of Horus
coming out of the grave with the body he went in with. Some accounts
have Horus/Osiris being brought back to life by Isis and then
becoming the lord of the underworld. 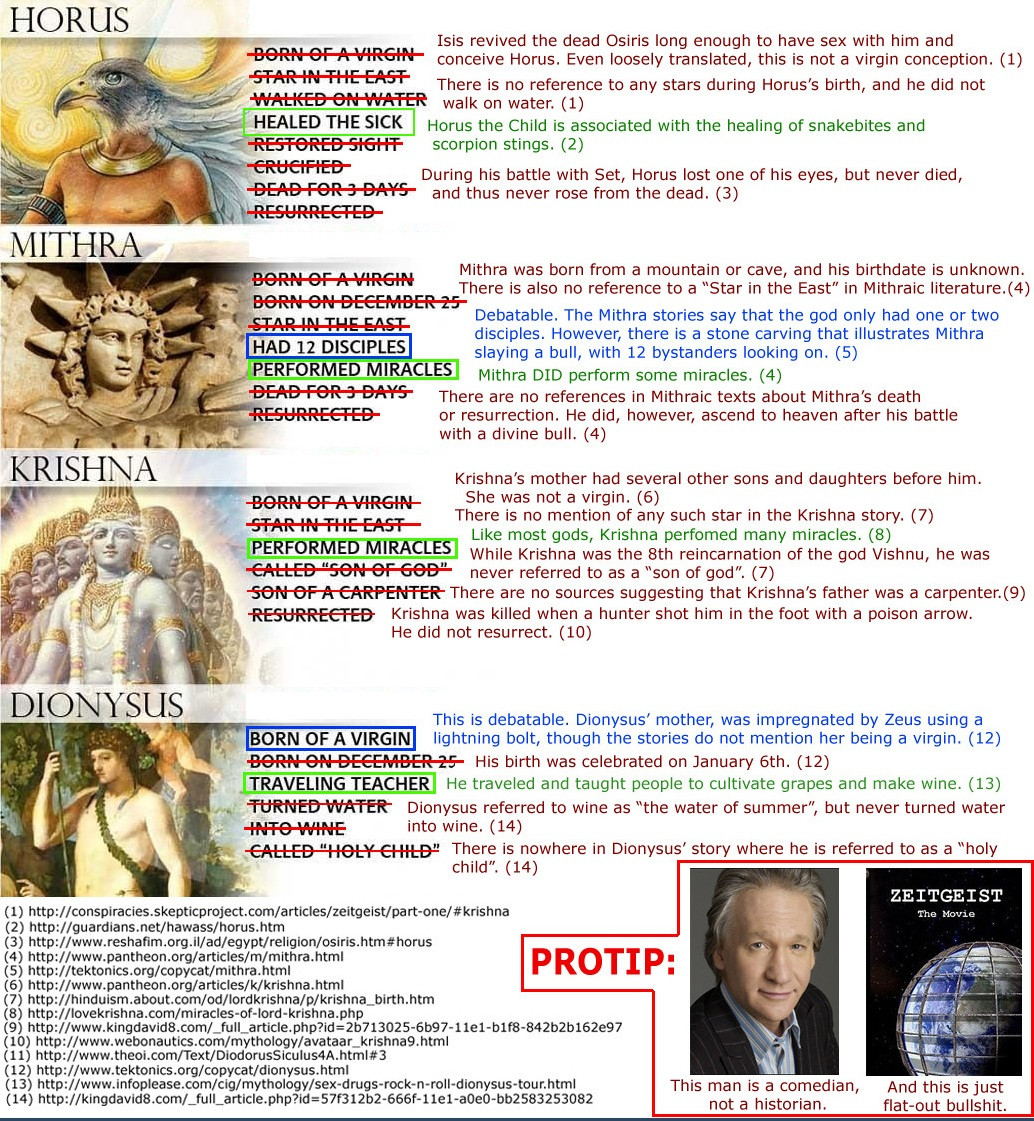 1
How was Jesus conceived?
1
Was Jesus obligated to answer the High Priest that he was the son of God?
16
Did God still dwell in the temple while Jesus was on Earth?