What is the highest position a married man can achieve in the Catholic church?

If a man is married, but feels the need to formally take part in the day-to-day operations of his local Catholic church what would be the best post for him to apply to and what is the highest post he will be able to achieve?

What type of religious instruction does the catholic church provide for married men?

Since the Second Vatican Council, Pope Paul VI has permitted married men to be ordained to the permanent diaconate. Pope Paul's Apostolic Letter SACRUM DIACONATUS ORDINEM was publish on June 18,1967.

In the Latin (Western) Catholic Church, since the Second Vatican Council mature married men who intend not to advance to priesthood may be ordained deacons and are referred to as "permanent deacons", but married men may not be ordained priests or bishops or even as "transitional deacons", nor may anyone marry after ordination. Since the start of the pontificate of Pope Pius XII (1939–1958), exceptions may be allowed for married Protestant ministers or Anglican clergy who convert to Catholicism and wish to become priests in the Catholic Church, provided their wives consent. The Catholic Church considers Protestant and most Anglican ordinations invalid, while recognizing Eastern Orthodox, Oriental Orthodox, and some Anglican ordinations as valid. In some cases, laicized Catholic priests are allowed to marry by special dispensation. Additionally, dispensations can be granted for deacons whose wives have died to marry a second time, especially if they have young children to look after.

In Eastern Orthodox Churches, and Eastern Catholic Churches (which latter are in full communion with Rome), married men may be ordained to any order except as bishops, and one may not marry after ordination as a subdeacon. Clerical Celibacy (Wikipedia).

The Catholic Church does not permit married men to be ordained bishops and as such they cannot be named cardinal. In 1962, Pope John XXIII set the norm that all cardinals be ordained as bishops, even if they are only priests at the time of appointment.

But who can be elected Pope?

According to canon law any baptized Catholic male who has reached the age of reason can be elected Pope (woman cannot become Pope because they cannot be ordained as priests). In practice, one of the cardinals in the conclave is elected as the new Pope.

Canon 332 § 1 of the 1983 Code simply states that one already a bishop (nb: not necessarily a cardinal) who accepts legitimate papal election becomes pope immediately. One who is not yet a bishop (and the Church has elected several non-bishops to the papacy) can accept election, but must be immediately consecrated bishop. By implication, that would seem to require that a papabile (a) be male, and be willing (b) to be baptized, (c) ordained deacon, priest, and bishop, and (d) have the use of reason in order to accept election and, if necessary, holy orders. - In the Light of the Law

The cardinalate has been prohibited for laymen since 1918, and since 1962 it must consist of bishops.

So, it seems (barring the rare exceptions mentioned in the previous answer) that chancellors (cf. whom were formerly called archdeacons) are the highest position a layperson (married or not) could have.

Fr. John Hardon, S.J., gives this definition of "chancellor" in his Catholic Dictionary:

In a diocese, he is the chief representative of the bishop, especially in the administration of temporal affairs. His role varies in different dioceses but may include the hearing of applications for faculties and dispensations, the preservation and arrangement of the diocesan documents, and in general acting as the bishop's secretary.

In the U.S., many dioceses already even have lay women chancellors: 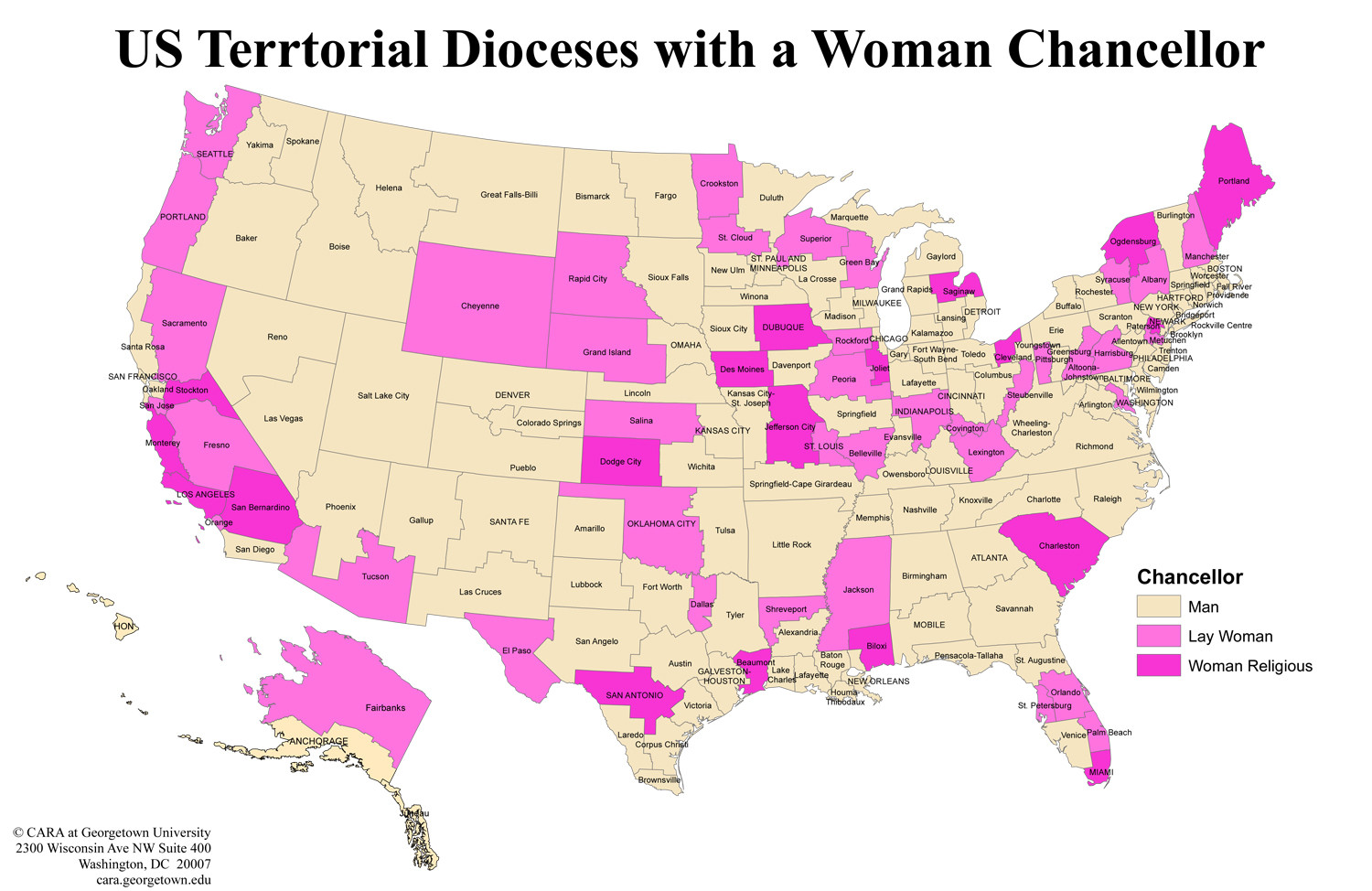 Not the answer you're looking for? Browse other questions tagged catholicism clergy .