This question does not have its' answer in the difference between the two forms of the Latin Rite as both rites employed the liturgical colour purple during the penitential season of Lent!

In the twelfth century, Pope Innocent III was the first to specify the colours of the vestments that were to be used for the Roman Rite; almost certainly this reflected prevailing custom in Rome, not an invention on his part. Although a separate subject from this article, it is well to remember that it was only towards the end of the 1st Millenium that the question of vestment colour became a significant one.Black was designated for penitential and funeral liturgies, but violaceus was indicated as a substitute for black. Pope Innocent’s treatise De sacro altaris mysterio (Book I, chapter 65, which was written before his election as pope in 1198) seems to be the first indication that violaceus had come to be regarded as a penitential colour for the Roman Rite.

If the Royal Purple colour which emerged in Late Antiquity Europe as a substitute for Tyrian Purple incorporated what Innocent III refers to as violaceus how did it come to be regarded as a colour of Penance rather than Status? - The Saint Bede Studio

"Ash" colored vestments are utilized from Ash Wednesday until the Mass of the Lord's Supper exclusive. Where Ash is not available violet is used. And black comes out of the sacristy for Masses of the Dead and Good Friday. A parish could survive on only three or four sets of vestments. - The Rad Trad

Can any historical reason be found as to how or why the liturgical colour purple eventually replaced the traditional black as a symbol of penance within the Catholic Church?

Having dived into this question for some time now, I would like to simply postulate a possible response to this solution. At lest until another can come up with a more precise answer.

No historical reason seems to be able to be found at the present moment.

Is it not possible that the cause of this color change was due to how historical black dyes faded into other colors such as purple?

First a little background on the colors involved.

It could be noted that priests who celebrate Mass in the Ambrosian Rite (Rite of Milan) wear black vestments during Lent. Pope Paul VI was the Archbishop of Milan before being elected as Supreme Pontiff of the Catholic Church in 1963.

The liturgical color for Lenten feriae is that of strict penance: black.

In fact, according to the Ambrosian tradition, black is not only the colour of mourning (and, as such, used for requiem Masses), but also the true color of penance and fast: in this sense it is used at least since the XII century not only for Lenten ferial days but also for the Minor Litanies, that in the Ambrosian Rite occur after the Ascension. - Liturgical Colors for Lent in the Ambrosian Tradition

Here are the colors others than black that are of interest in either the liturgy or colors worn by Catholic prelates. 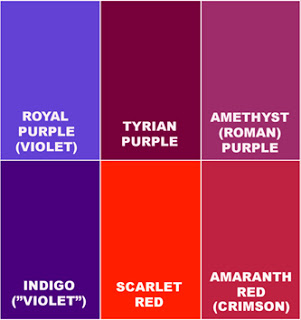 In the twelfth century, Pope Innocent III was the first to specify the colors of the vestments that were to be used for the Roman Rite; almost certainly this reflected prevailing custom in Rome, not an invention on his part. Although a separate subject from this article, it is well to remember that it was only towards the end of the 1st Millenium that the question of vestment color became a significant one. Black was designated for penitential and funeral liturgies, but violaceus was indicated as a substitute for black. Pope Innocent’s treatise De sacro altaris mysterio (Book I, chapter 65, which was written before his election as pope in 1198) seems to be the first indication that violaceus had come to be regarded as a penitential color for the Roman Rite.

Whilst I suggest that it is an error to interpret Innocent’s violaceus as intending only the color violet as we recognize it today, it should also be noted that his treatise in a separate section (Chapter 32) discusses the use of the Mosaic colors (cf Exodus 28:5) scarlet, flax-gold, blue and purple, the latter which Innocent describes as signifying the authority and royal dignity of a bishop. In short, purpura still had the connotation of prestige in the time of Innocent III (quite distinct from a penitential use).

It is likely that at this time (12th century) Tyrian or Imperial purple was still being used in Rome, but it had become the colour used exclusively by the Pope and by nobility. So, when Innocent used the word violaceus, instead of purpura, it would seem very unlikely that he was recommending that violaceus-colored vestments were to be dyed from the expensive process for producing Tyrian purple. That expensive process would be unaffordable and unavailable to Western clergy. Rather, it would seem likely that Innocent’s violaceus was intended as Royal purple , a colour produced from the less expensive non-Murex dyes. It should be carefully noted that these less expensive dyeing processes could produce a violet-coloured dye or an amethyst (or fuchsia) purple coloured dye. But they were colours not so dark as Tyrian purple. I would suggest, therefore, that Innocent’s use of the word violaceus has nothing to do with an attempt to make a distinction (as some scholars have suggested) between the colors we recognize as violet and purple. - The Liturgical Color violaceus in the Roman Rite: Part One and Part Two

These lengthy articles show well that both the colors violet and purple were definitely colors of status. The purple that was reserved for bishops and Monsignori is actually fuchsia or amethyst. Pliny described Tyrian Purple as being the color of clotted blood and thus closer to the scarlet color of cardinals.

We can go on and on, but we seemingly can not find out how purple became associated with penance, remorse or mourning and eventually replaced black as a liturgical color.

Thus in conclusion, I would like to put forth that it may have been due to the fact that black dyes were notorious for fading. 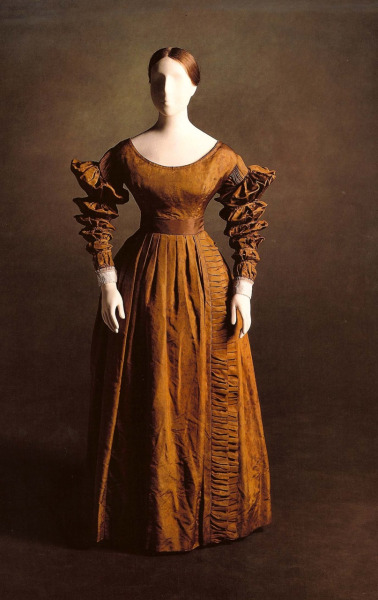 Could it not simply be that parish churches in past centuries could not afford new vestments and continued to use their black vestments, even after they lost their black coloring and faded purple or some shade of purple thereof?

There is a history of dyeing something "black" that fades into purple, but as improvements developed, the two were separated. Purple was a substitute for black at one time, not because the two colors symbolized the same idea, which they didn't, but because of the quality of dye.

Once "technology" caught up with symbolism, the two separated. Black is the end, death, without hope of restoration (from a human perspective, leaving aside the question of indulgences). Violet symbolizes penance, the chance of restoration, while still alive.

The Liturgical Colour "violaceus" in the Roman Rite PART ONE

I guess more in a historical sense, it is harder to make purple dye than it is black and therefore more expensive. You would wear, your purple outfit because it is the most expensive thing you have. You would be honoring God by showing him that he is worth wearing an expensive garment.

Think of it like, a man wearing a nice suit at a wedding. You want everyone to know you are dedicated.

8
Why are there Sibyls and Prophetesses in the Sistine Chapel?
15
Why is purple the color of Lent?
11
Why are there fourteen stations of the cross?
1
Is there a deeper meaning for the reason for the new translation of the "Sanctus?"
6
Why do people call Mary Magdalene the "Black Madonna"?
5
What is the significance of colour purple in the robe that Jesus was made to wear?
3
Are there any Tridentine Rite Catholic communities that also use the Liturgical Calendar of 1970?
8
Why does a priest say "The Lord Be With You” and a bishop say "Peace Be With You" as a liturgical greeting?
2
What did Catholics do to ease the time and maintain hope during historical pestilences such as the Black Plague?
5
Why is there not a Liturgical Feast in honour of the Father within the Catholic Church?