Why did the temple in Ezekiel have stairs leading up to the altar?

In exodus God expressly forbade going up the stairs to the altar.

Exodus 20:26 Neither shalt thou go up by steps unto mine altar, that thy nakedness be not discovered thereon.

So why does Ezekiel mention stairs to the altar?

The details of the Temple, its courts, furnishings, and laws and the technical terminology presented here differ in many respects from those for the wilderness Tabernacle (see esp. Exod. chs 25– 30; 35– 45), Solomon’s Temple (1 Kings chs 6– 7; 2 Chron. chs 3– 4), and the Second Temple (m. Mid. 5). Indeed, the differences in the portrayal of the Temple were, according to the Rabbis, a major discrepancy that Hananiah son of Hezekiah reconciled so that Ezek. could be included in the biblical canon (b. Shab. 13b). Because of the discrepancies, there is a strand in Jewish tradition that regards these chs as Ezekiel’s vision of the Third Temple to be built in future days (Seder ʿOlam Rab. 26; Rashi; Radak).

The altar must either be low or, if built on a platform, have a ramp rather than stairs to climb onto it, lest one’s private parts be exposed beneath the skirtlike garments that were worn. According to the Priestly legislation, in the Tabernacle the priests were required to wear undergarments for this reason (28.42).

A Christological interpretation of Ezekiel would be that the Temple he is describing is not a physical Temple on earth, but rather a heavenly one (viz. Hebrews 12:22, Revelation 21:10). That being the case, perhaps the purpose of the original prohibition on steps would no longer be relevant.

The altar was quite large. Here are some illustrations of Solomon's temple that take biblical and historic record into account: 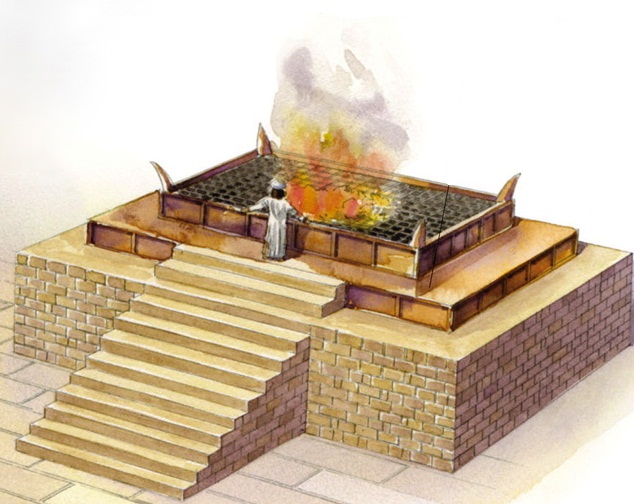 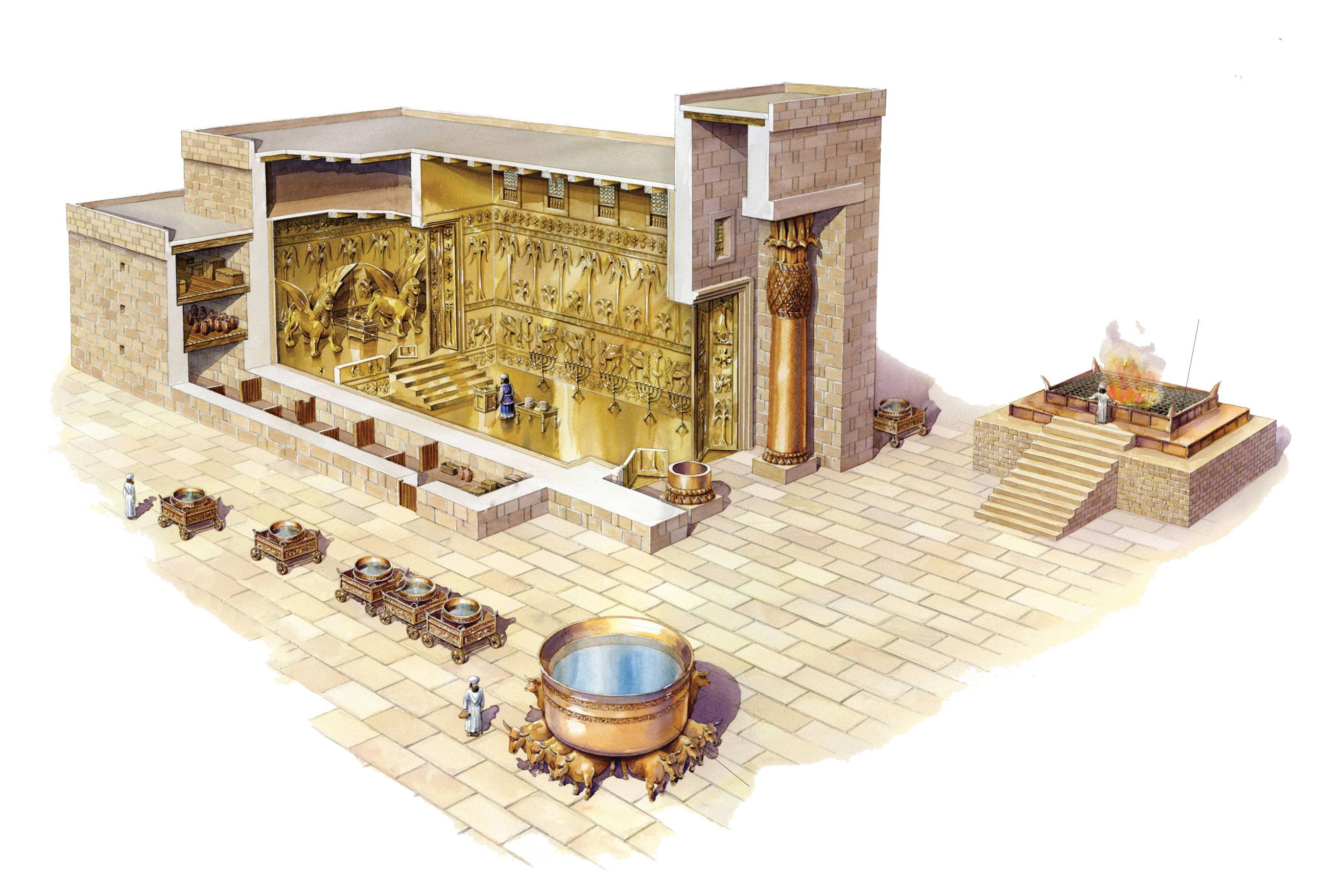 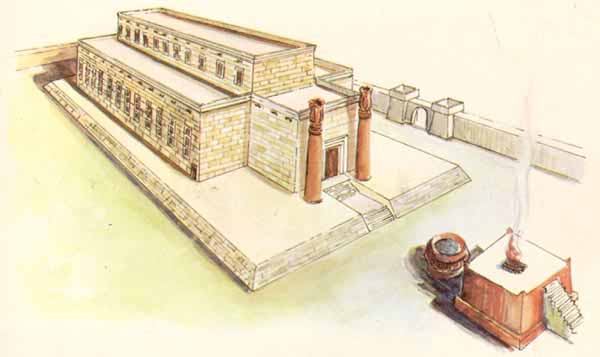 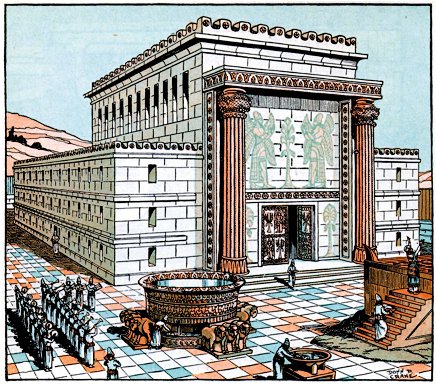 Not the answer you're looking for? Browse other questions tagged tabernacle altar .

9
Why was God so specific about how to make the Tabernacle?
4
Are the any Christian denominations that have doctrines in place that prohibit a national flag in the worship space?
2
Where did the priests who served the Lord in Shiloh live?
4
Does the Catholic Church have a policy on how altars are to be destroyed?
2
In light of the many changes in regulations, what is the purpose of the Roman Catholic altar and is it neccessary for a valid Mass?