Why do Popes have seven candlesticks on the altar at Mass?

Why is it that Popes have seven candlesticks on the altar when they pontificate a Solemn Mass? This is something that I have noticed at several Papal Masses. Sometimes the candlestick is set next to the altar, but not always. Pope John Paul II and Pope Benedict XVI have also followed this tradition.

Does the seventh candle have a traditional symbolism or meaning?

The number of candles "at a pontifical high Mass, celebrated by the ordinary, seven candles are lighted. The seventh candle should be somewhat higher than the others, and should be placed at the middle of the altar in line with the other six. For this reason the altar crucifix is moved forward a little. In Requiem Masses, and at other liturgical services. e.g. Vespers, the seventh candle is not used. If the bishop celebrate outside his diocese. or if he be the administrator, auxiliary, or coadjutor, the seventh candle is not lighted."

This candle seems to be now moved as "an astute Pray Tell reader writes in with an interesting detail on the altar candles:

I just managed to catch the end of the Pope’s Sunday Mass. Someone has moved the central candlestick (the one that says “I have jurisdiction here”) to the side, leaving what appears to be a much smaller-than-before crucifix alone in the middle, with three candles grouped in one corner, and four in the other . . ."

Abbots do not enjoy this privilege.

"The seven apocalyptic lamps (Revelation 1:12) might be in some way related to the menorah, but this would not have influenced their introduction into the liturgy.

The practice described in the seventh-century evidence was later discontinued in Rome although maintained in some monasteries. Sometime around the first half of the 11th century candles appear upon the altar itself. However, neither this practice nor the number of candles was universal.

It was not until the late 13th century that the custom of seven candles upon the altar for the bishop’s Mass was restored to the Roman liturgy. It was firmly established in a book of ceremonies written by Cardinal Giacomo Stefaneschi (1270-1343) who observed, “When the Pope celebrates solemnly, seven candles must be placed upon the altar.”

This practice continues today. For the extraordinary form the indications of the Ceremonial of Bishops for a bishop’s Pontifical Mass are to place seven candelabras upon the altar. The cross is placed in front of the middle high candle at the center.

The practice for the ordinary form is less precise. This is because it is permitted to have candles near the altar and not just upon it. Nos. 125 and 128 of the Ceremonial of Bishops foresee the possibility of having from two to seven acolytes with lighted candles form part of the entrance procession. These candles may then be located upon or near the altar.

Although it is not specifically stated in the liturgical book, and in accordance with the practice of papal celebrations, it is possible to have seven candles upon or near the altar before Mass begins. For the entrance procession two candle bearers accompany the processional cross and they may be followed by six torch bearers. In this case the candles used in the entrance procession are discreetly placed to one side once the procession is over. The two candles are used during the proclamation of the Gospel and at the end of Mass. The six torches accompany the thurible in front of the altar during the Eucharistic Prayer." 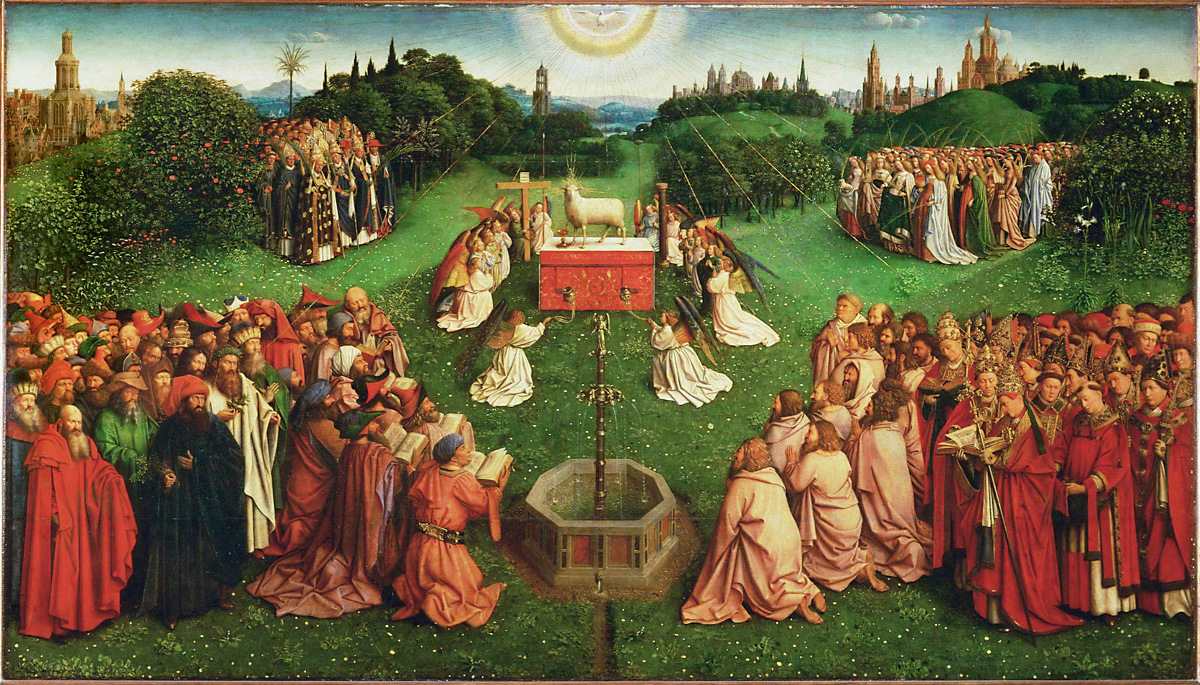 Revelation 1:20 also how seven candlesticks displayed at Mass could be seen as to demonstate the use of the pope's seventh candle (the jurisdiction candle):

This might not really answer your question, but the first thing that popped up into my head was the Book of Revelations. John has a series of visions and one of the symbols used is the Seven Candlesticks.
Revelations 1:12 :- "And I turned to see the voice that spake with me. And being turned, I saw seven golden candlesticks;"
According to the Zondervan KJV Study Bible, the explanation given is the each candlestick stands for the Seven churched of Asia Minor.
This is probably what the candlesticks in the Papal Mass signify. Probably.

-2
Why did the ancient Jews use a candelabrum with 7 candles?

7
How do the vestments of the pontiff emeritus compare to those of a bishop emeritus?
6
What happens to retired Popes like Pope Benedict?
5
What personal possessions did Pope John Paul II have at the time of death?
7
Are the theories of Evolution and the Big Bang now binding to Catholics and to be held as true?
6
Pope Benedict XVI and Pope Francis and the Prophecy of the Popes?
4
What does it mean when Archbishop Ganswein stated that Pope Benedict XVI expanded the Petrine Ministry?