Is the global Christian population increasing?

To answer your first question, yes, the total Christian population is growing, by about 1.5% per year. This number comes from one of several excellent studies of Christian populations, a 2013 report published by the Center for the Study of Global Christianity, at Gordon-Conwell Theological Seminary. (full report)

And here's the growth data for Central African nations (similar tables are available for other groups of nations):

It also provides some growth data by faith tradition and continent:

There are other excellent reports out there, which focus on different things. The 2011 report published by the Pew Research Center (full report) focuses less on the growth rate but has some helpful graphics showing the shifts in global Christianity. For example, a comparison of regional distribution between 1910 and 2010: 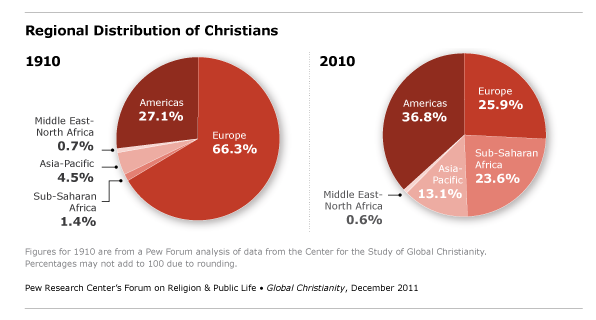 And a map of Christianity by country in 2010: 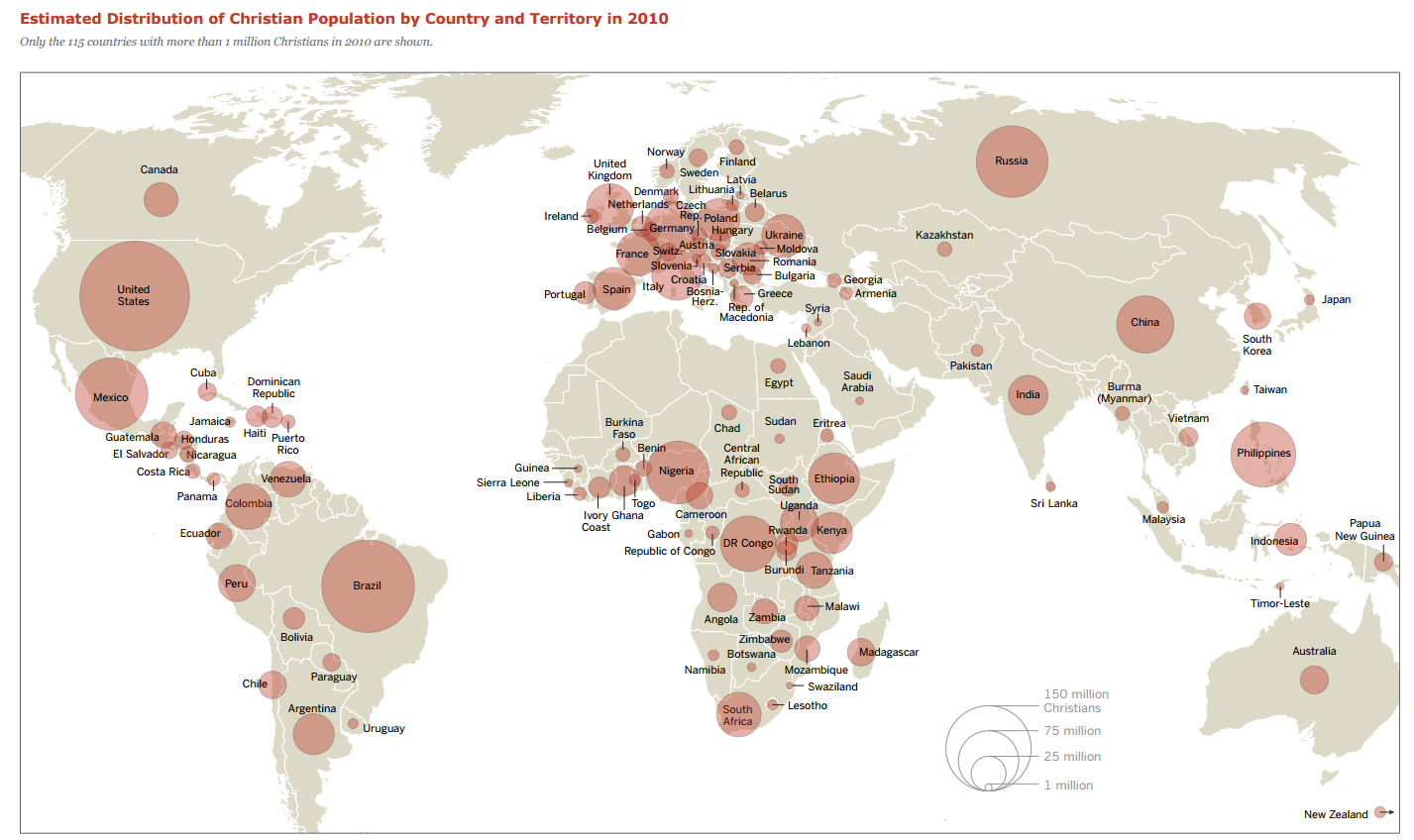 Note that this is only a small sampling of the data available in these two reports; the full versions go into a lot of detail about individual countries and faith traditions.

Not the answer you're looking for? Browse other questions tagged global-christianity resource-request or ask your own question.

5
How many Christian missionaries are sent by the "global South"?

9
Vatican approved miracles?
5
How many Christian missionaries are sent by the "global South"?
31
Can somebody summarize the different "branches" of Christianity to me, and explain why they exist in the first place?
1
What is the general Christian view on fantasy works such as Tolkien's Silmarillion?
2
Is the Militia of the Immaculata a sect within the Catholic branch of Christianity?
3
Has any Christian Apologist ever published arguments for the existence of Satan, demons and their ongoing influence over human matters?