But here is a big problem: in Number 3:27,28 we learn that in the days of Moses, the number of males who were grandchildren of Kohath, Moses's supposed grandfather (Num 3:19), were 8,600. Assuming the same number of females would make 17,200 grandchildren of Kohath: dividing this by the four sons of Kohath would give over 4,000 children each to Amram, Izehar, Hebron and Uzziel (Num 3:19). Such a number is surely impossible and we must conclude, as Exodus 6:16-20 implies, that Amram and Jochebed were distant ancestors of Moses and Aaron, not their parents.

There are many reasons for doubting the premise of CreationWiki of literal fathers/sons in Genesis 11. A fuller description of the peculiarities of genealogies in Scripture can be found in the online article by Dr John Millam: "The Genesis Genealogies - Are they complete?" which you can read at https://www.godandscience.org/youngearth/genesis_genealogies.html

(Dr Millam is a theistic evolutionist. I believe in a literal 6 day creation, nor do I hold to the Gap Theory (of billions of years between the creation of Matter and the first day of the 7 days), I believe in Genesis literally: even so I agree with Dr Millam's very carefully argued article here that the genealogy after the Flood in Genesis 11:10-32 (and quite possibly that before the Flood in Genesis 5) do not contain every generation... so, you cannot produce a chronology from them.) 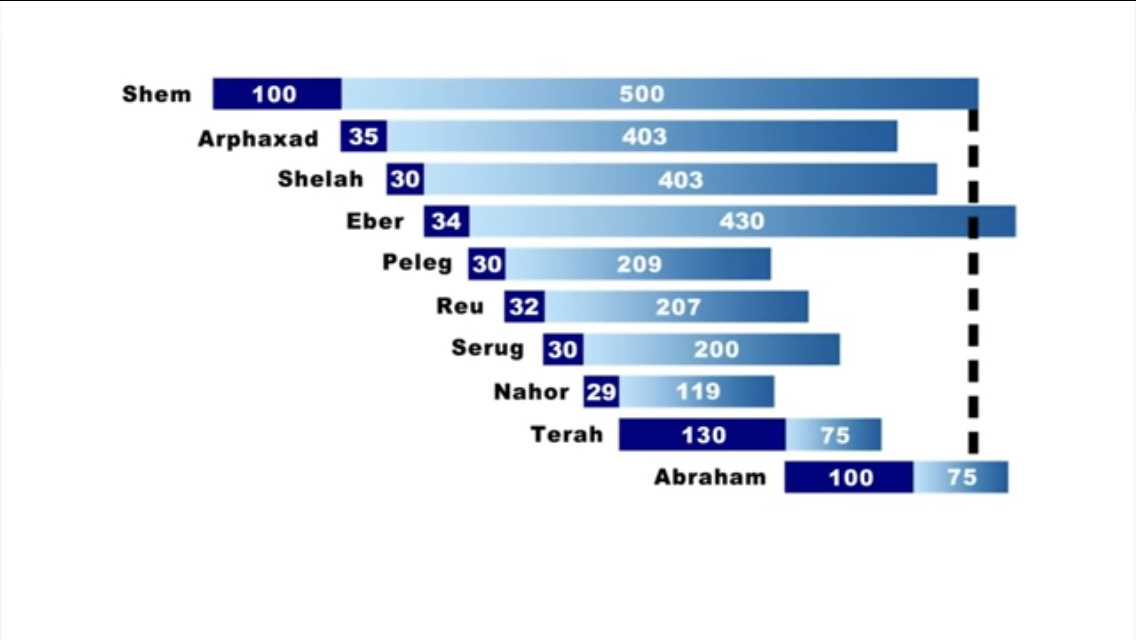 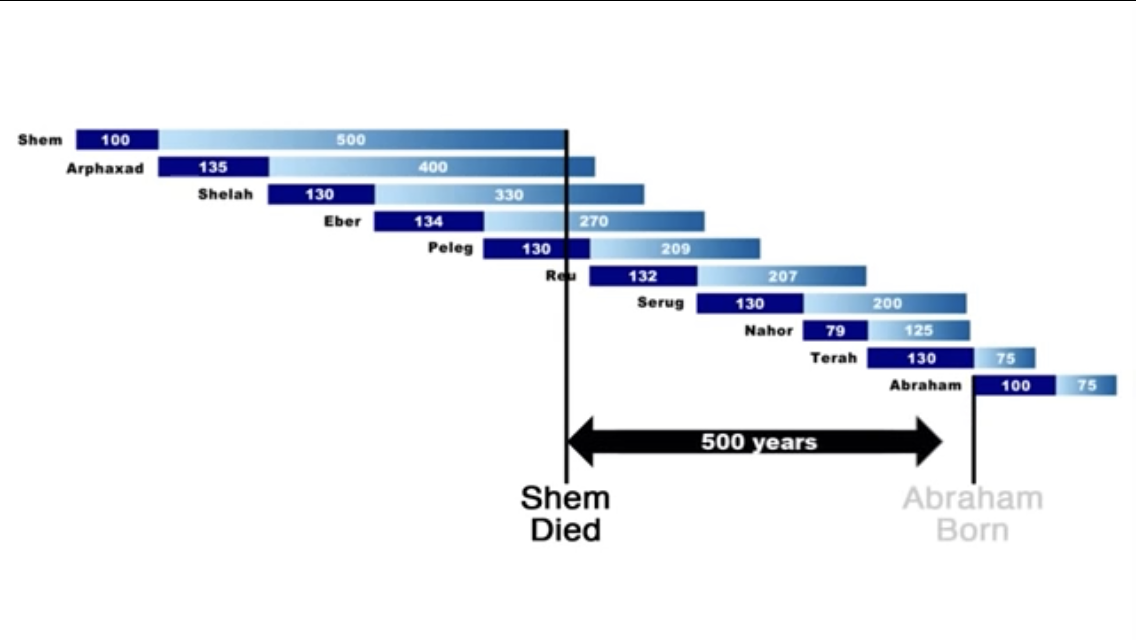 Not the answer you're looking for? Browse other questions tagged flood-of-noah abraham noah .

14
How do Christians who reject pre-fall death reconcile their views with the Cretaceous–Paleogene extinction event (66 million years ago)?
4
Question about Moses
1
How was 'years' defined in the book of Genesis?

8
How was the earth divided? (Gen. 10:25)
15
Was the marriage between Abraham and Sarah incestuous?
10
How sound are the arguments that Melchizedek invoked a Canaanite deity when he met Abraham?
7
Where and/or when did the tradition that Methuselah died seven days before the Flood (for a period of mourning) originate?
6
How do Covenant Theologians explain the Noahic covenant?
4
What internal evidence supports the historicity of Abraham?
2
What is the Full Preterist view on Noah's flood and how it compares to the second coming of Christ?
2
According to SDA understanding did Methuselah preach just before the flood?