Did the coins at the time of Jesus have distinct images and inscriptions?

"... But Jesus, knowing their evil intent, said, “You hypocrites, why are you trying to trap me? Show me the coin used for paying the tax.” They brought him a denarius, and He asked them, “Whose image is this? And whose inscription?”

Then He said to them, “So give back to Caesar what is Caesar’s, and to God what is God’s.”

Yes, during Jesus' lifetime, coins in the Roman Empire bore the likeness of the Emperor - who happened to be Augustus, also known as Tiberius, for most of Jesus' life.

These are actual Roman coins from Jesus' lifetime, bearing the image of Augustus Cæsar. 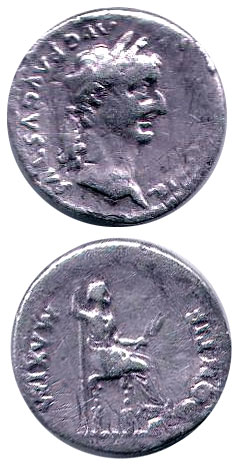 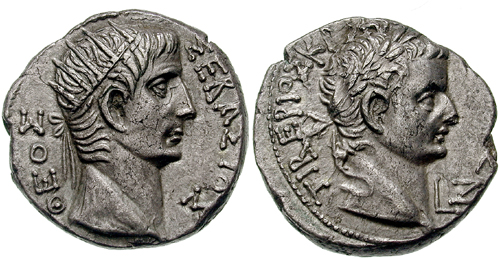 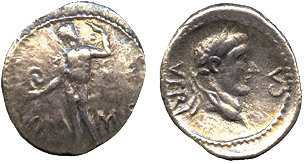 Contrary to popular belief, coins bearing the image of a pagan were not inherently considered contaminated or unfit for use in the Temple:

When Jews traveled to Jerusalem from other lands, they brought money for room, board, and souvenirs. Most importantly, they were required to pay the annual half-shekel tribute to the temple. The currency they had would be of their native land or acquired in trade along their way.

Money changers performed a key service when they converted the varieties of local coinage into the required tribute of silver shekels or half-shekels of Tyre (Tosefta Ketubbot 13:20, Exod 30:11-16). Many writers have suggested that the Tyre currency was preferred because it did not defy the Decalogue by depicting the graven image of a foreign king, and that is true. But the Tyre coins portray a pagan god of Tyre, Melqarth-Herakles—which was certainly even more offensive!

Images on coins, however, do not contaminate them even for payment to the temple. The Mishnah explains that money is unclean only if it is used for another purpose, such as for jewelry (Mishnah Kelim 12:7). The law stated that the temple must not be shortchanged in any way, so the silver coins of Tyre were most likely mandated because they were of good silver and true weight at a time when many coins were debased or lightweight.
- Source

Coin used at the Temple: 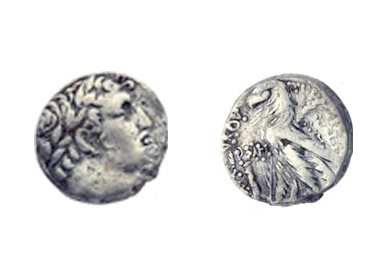 Let us disagree. In order to answer the disciples' query as to whether payment of Temple Tax was mandated of them, Jesus says at Mtt 17:27 (NIV) : “But so that we may not cause offense, go to the lake and throw out your line. Take the first fish you catch; open its mouth and you will find a four-drachma coin. Take it and give it to them for my tax and yours.”

The description of Jesus taking on the money changers at the Temple, also proves that not all coins were accepted as offering at the Temple.

Not the answer you're looking for? Browse other questions tagged history gospel-of-matthew israel rome .

7
What was it like in the Temple at the time of Jesus?
13
Was there a reason Jesus came at the time he did?
7
Did the city of Nazareth exist in the time of Jesus?
2
What evidence is there that the Herodians were distinct from mainstream Phariseeism?
2
Was Jesus' time in the wilderness the only time that He encountered Satan on Earth?
1
Are there documented reports about Jews around the time of Jesus? And what did they say about the first christians?
0
Is the sequencing of three tests of Jesus at Matthew 22 in chronological order?