What does Christianity say about the phoenix? [closed]

I would like to know what Christianity says about the phoenix (also spelled phenix).

Do Christians believe in such an immortal bird?

Is there a biblical basis for belief in the phoenix? 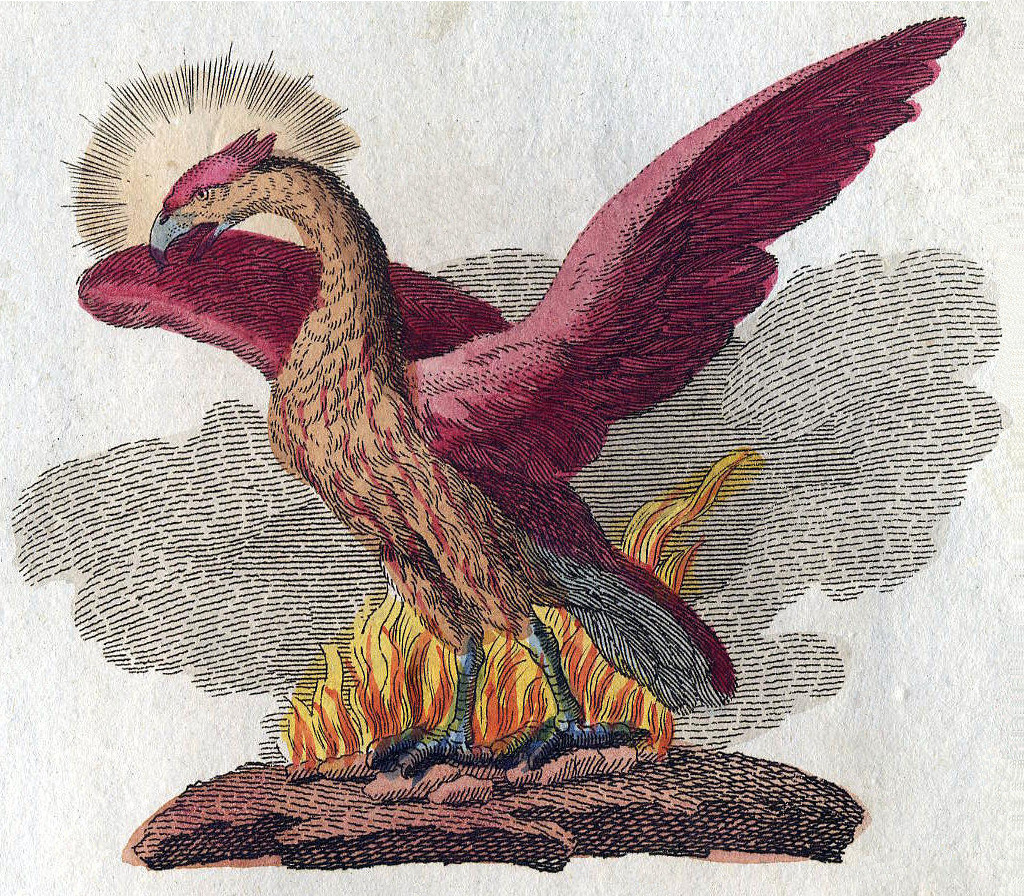 According to some translations based on the Septuagint, Job 29:18 mentions the phoenix:

For the same verse, KJV translates this as 'the sand', while keeping the allusion to a bird:

Clement of Rome, purportedly third pope and bishop of Rome, describes the life cycle of the phoenix as evidence of the reality of resurrection:

1 Clement 25-26: Let us consider that wonderful sign [of the resurrection] which takes place in Eastern lands, that is, in Arabia and the countries round about. There is a certain bird which is called a phoenix. This is the only one of its kind, and lives five hundred years. And when the time of its dissolution draws near that it must die, it builds itself a nest of frankincense, and myrrh, and other spices, into which, when the time is fulfilled, it enters and dies. But as the flesh decays a certain kind of worm is produced, which, being nourished by the juices of the dead bird, brings forth feathers. Then, when it has acquired strength, it takes up that nest in which are the bones of its parent, and bearing these it passes from the land of Arabia into Egypt, to the city called Heliopolis. And, in open day, flying in the sight of all men, it places them on the altar of the sun, and having done this, hastens back to its former abode. The priests then inspect the registers of the dates, and find that it has returned exactly as the five hundredth year was completed.

Do we then deem it any great and wonderful thing for the Maker of all things to raise up again those that have piously served Him in the assurance of a good faith, when even by a bird He shows us the mightiness of His power to fulfil His promise? For [the Scripture] saith in a certain place, "Thou shalt raise me up, and I shall confess unto Thee; " and again, "I laid me down, and slept; I awaked, because Thou art with me;" and again, Job says, "Thou shalt raise up this flesh of mine, which has suffered all these things."

The phoenix is universally regarded in modern times as a mythical bird.

Not the answer you're looking for? Browse other questions tagged greek reborn mythology or ask your own question.

8
Is there any Christian theological model for a non-literal ark?
21
When was “pistis christou” first understood as a statement about Christ’s faith?
11
Is Luke's label for Christianity - “the Way” - used in later Christian writings?
8
What arguments do KJV-only proponents give to support that the 1611 translation is better than say, Greek language Bibles?
6
What is the relation between the Logos of Greek Philosophy and the Logos in Christianity?
4
Why is the word “dragon” in the Bible?
7
What was the 16th century Catholic doctrine on Greek gods?
6
Is there any ancient or modern connection between the word “sin” and the sport of archery?