Does the Bible say anything about chimeras or explains their purpose? [closed]

Firstly, I'm sorry if it's not the right place to ask this kind of question. I didn't know where else I could ask about it. I'm interested in Simon de Myle's painting of the ark. In the middle of the painting, on the right, one may see a chimera/dragon devouring a man. I was wondering whether the Bible says anything about chimeras. And if so, how the one of de Myle's painting can be explained. Why a dragon and why devouring a man? Was it only an artistic vision? 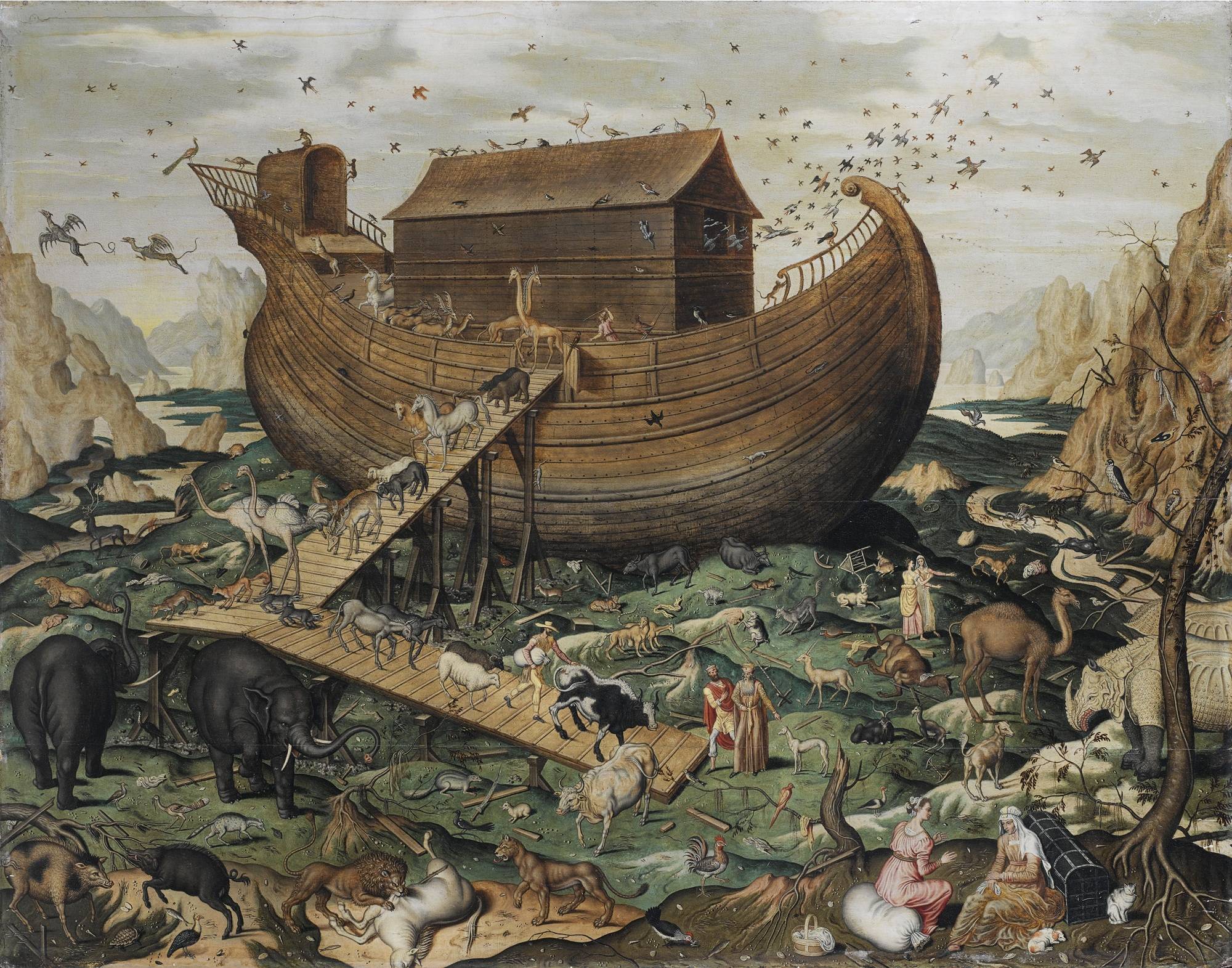 Imaginationless bible scholars have equated Behemoth and Leviathan with hippos and crocodiles. And I answered this question about Rahab a while back, she sounds pretty interesting, probably some sort of dragon!

and the giants called the Nephilim mentioned in Genesis 6:4, but they'd be dead by then I think - they certainly weren't on the ark.

and the talking donkey of Balaam in Numbers 22, but God made the donkey talk so he's not that strange of a beast.

A better answer hopefully can comment on Simon De Myle's style, but in the "Here be dragons" style of the map making of the time (1570, there's no reason to think that these creatures weren't talked about or expected to exist in the far reaches of the earth at the time.

The reason for the dragon in the painting may not have a biblical bases. According to Sothebys Whom I believe has the painting up for auction have an interesting write-up on the artist Simon de Myle and the painting Noah's Ark on Mt Ararat.

Although he was clearly at pains to realistically depict the animals in this work, Simon Myle also represented a number of purely mythical beasts. As Eric Mickeler points out a Specialist in Natural History, until 1702, people truly believed in the existence of griffins, dragons and unicorns, and thus in 1570 it was natural for Myle to include them in his depiction of Noah's ark. According to legend the unicorn had declined Noah's invitation to climb aboard the Ark because she felt strong enough to cope with the deluge alone. She swam for forty days. On the last day, when the waters began to recede, an eagle landed on her horn. The weight of the bird proved too much for the exhausted unicorn, which drowned. No doubt Myle was unaware of this popular legend, otherwise one wonders whether he would have represented the unicorn on board the ark.

More evidence to support this view would be at the Isabella Steward Gardener Museum there is a famous painting of St. George slaying a dragon. Legend has it that St.George slue a dragon in the 11th century. So as far as I know there is no religious symbolism. People thought dragons were real.

Not the answer you're looking for? Browse other questions tagged demons art ark-of-noah or ask your own question.

20
Are Dinosaurs mentioned in the Bible?

8
Does anybody teach specifically about the existence of ghosts?
1
what is "the argument" of Jesus in Luke 24:39?