In Christ's time, who possessed the written word?

2000 years ago, written works were extremely valuable. It's not like every Jewish family had their own "family scroll" that they read to their children every night. It's doubtful even that every Rabbi had their own scroll.

Before the printing press, it's known that Christian Monks would spend countless hours copying the pages of the bible by hand, and that those Bibles were often chained to a table in a church and locked shut when not being read.

How were scrolls reproduced? Who kept them? And how did a common person obtain access to them in Christ's time? One final question: Did Christ own a physical copy of the scriptures? 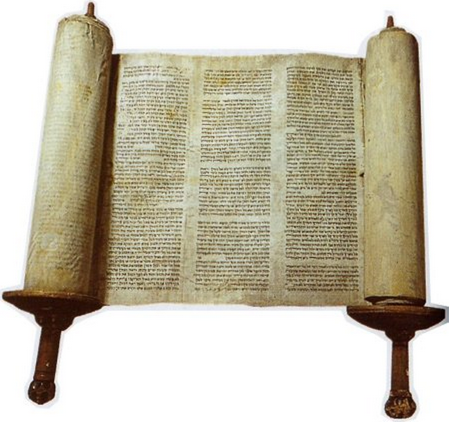 Well, obviously, many of the specifics are simply unknowable, but written texts were obviously kept and transmitted by various religious communities in antiquity. One particularly anachronistic component to your question, however, is the notion that the scriptures or Bible were "a" scroll. You simply couldn't fit several long texts (e.g. the entirety of the Torah) on a single scroll in antiquity. In fact, this is the traditional reason that we give for why the books of Samuel, Kings and Chronicles were split into two parts, namely, that only half of each would reasonably fit on a single scroll.

The oldest material evidence we have for this fact comes from the scrolls found near Qumran (commonly referred ot as the Dead Sea Scrolls). Not a lot is known about the settlement there, but most scholars suspect that it was made up of Essenes, or some other sectarian group. Anyhow, the thing to note is that these folks kept many, many scrolls—biblical and otherwise, but each book was (generally) on its own roll.

This brings me to my final bit: scrolls (and most long-format texts) were expensive to make and to copy. It is reasonable, therefore, to suspect that in most cases biblical scrolls would have been prohibitively expensive for most individuals. More likely Torah instruction happened orally in cases where texts were not available. Plus most people couldn't read, anyway.

With regard to "Who kept them?" and "how did a common person obtain access to them in Christ's time?", a bit of information can be gleaned from the Bible itself, in Luke 4:

14 Jesus returned to Galilee in the power of the Spirit, and news about him spread through the whole countryside. 15 He was teaching in their synagogues, and everyone praised him.
16 He went to Nazareth, where he had been brought up, and on the Sabbath day he went into the synagogue, as was his custom. He stood up to read, 17 and the scroll of the prophet Isaiah was handed to him. Unrolling it, he found the place where it is written:
18 “The Spirit of the Lord is on me,
because he has anointed me
to proclaim good news to the poor.
He has sent me to proclaim freedom for the prisoners
and recovery of sight for the blind,
to set the oppressed free,
19     to proclaim the year of the Lord’s favor.”
20 Then he rolled up the scroll, gave it back to the attendant and sat down. The eyes of everyone in the synagogue were fastened on him. 21 He began by saying to them, “Today this scripture is fulfilled in your hearing.”

So, the local synagogue in Nazareth had at least a copy of Isaiah.

Not the answer you're looking for? Browse other questions tagged life-of-jesus history scriptures or ask your own question.

19
Did those feet in ancient time walk upon England's mountains green? (Origin of the story)
2
When & where did the word “Christian” originate?
3
What's the name of the process by which the scriptures were written down?
13
How did Christians cultivate their knowledge of the Bible before mass-printing of the Bible?
0
The uniqueness of Christ's suffering