Was Martin Luther a Rosicrucian?

The rose together with the cross is the sign of the Rosicrucian Order as seen below: 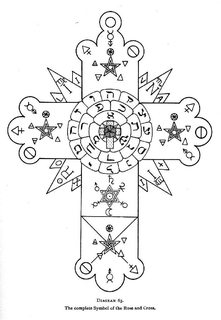 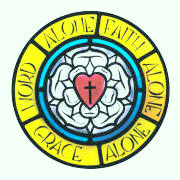 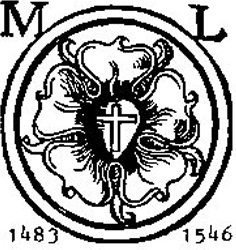 Both Luther and the Rosicrucians have written about what the emblems represent, and the explanations differ quite a bit.

In a 1530 letter to Lazarus Spengler, Luther wrote:

Such a heart should stand in the middle of a white rose, to show that faith gives joy, comfort, and peace. In other words, it places the believer into a white, joyous rose, for this faith does not give peace and joy like the world gives (John 14:27). That is why the rose should be white and not red, for white is the color of the spirits and the angels (cf. Matthew 28:3; John 20:12).

There is no religious connotation associated with this symbol; the Rose Cross symbol predates Christianity. The cross symbolically represents the human body and the rose represents the individual's unfolding consciousness.

Most scholars believe that a Lutheran named Johannes Valentinus Andreae (1586-1654) authored the Rosicrucian Manifestos. He also admitted to have done so, but claimed they were satirical, and his later works made occultism and alchemy objects of ridicule. There is also no direct evidence for the existence of Rosicrucianim prior to the manifestos' publication, but that could be attributed to the fact that it was a secret society. But if we read the direct evidence (the manifestos) straight-forwardly, then two conclusions emerge:

It's not hard, then, to conclude that the shared symbolism is due to the influence of Lutheranism on Rosicrucianism. That, or it could be a coincidence.

Whether you accept these conclusions or not depends on how much weight you give to the direct documentary evidence, as opposed to hypothetical and secret histories and legends.

The Tudor Rose symbol, similar to the one used by Martin Luther was a heraldic emblem used in England and elsewhere prior to Luther's time. The Rosicrucians and Hermetic Golden Dawn Order where both Kabbalist orders (Papus formed the Kabbalistic Order of the Rose Cross http://www.okrc.org and Waite formed the the Fellowship of the Rosy Cross http://fellowship.rosy-cross.org/welcome), so it is doubtful that even if Rosicrucians existed during his time period that Luther would have been apart of them -- being that Luther wrote 'On the Jews and their Lies', which Hitler used to justify the Nazi extermination of the Jews. Luther did express approval of alchemy, but it is extremely doubtful that he would have anything to do with Jewish mysticism. The AMORC is a modern new age group that includes Egyptian Mystery Schools and Theosophy in their teaches. The Chemical Wedding of RC was Christian/Alchemy based, and the Jewish Kabbalah has nothing to do with Egypt (other than Egyptians enslaving the Jews in the past).

The Rose on the Cross represents the Sephirot of Tiphareth on the Kabbalah, which represents Jesus hanging on the cross (made up of the middle pillar and the path connecting Geburah and Chesed). The five petaled rose is associated with the Hebrew letters Yod, Heh, Shin, Vav, Heh, which is the Pentagrammaton (Yahshuah) and Hebrew spelling of Jesus by adding a Shin (Holy Spirit) to the Tetragrammaton (Name of God). The Hebrew Letters in the petals on the Rose Cross of the Golden Dawn (which you have pictured above) represents the three divisions of Hebrew letters listed in the Sefer Yetzirah, which is the first document in Kabbalistic literature. The three symbols on each arm of that cross are the alchemical symbols of Sulfur, Mercury, and Salt, representing Soul, Spirit, and Body, and are core concepts in Alchemy. The INRI stands for Jesus of Nazareth the King of the Jews, which is what Pontius Pilate wrote on the cross Jesus was crucified on.

“The Twenty-two petals of the Rose refer to the twenty-two Paths. It is the Cross in Tiphareth, the receptacle and centre of the Forces of the Sephiroth and the Paths (The Golden Dawn Volume 3, 1939 Israel Regardie)”

Not the answer you're looking for? Browse other questions tagged protestantism martin-luther lutheranism rosicrucianism .