What issues do Catholics representing God in fiction historically face?

I'm currently running a Role-playing game which is nearing its fourth year of play and is coming to a close. The end of the campaign will involve the passing away of this world and the prophesied metaphysical unification of the new earth with aspects of the old heaven, which will then also have passed away. After a short period of campaign resolution, the game will end, so I don't need to be able to do this for very long, but I will almost certainly have to run direct dialouge with God or, at a minimum, deal with eschatological logistics. I want to do this is a respectful and sacred way, and I am worried about being up to the task.

What issues have been brought up by other Roman Catholics in the past as integral to the act of representing God and/or the end times in a fictional work?

Starting off with the Church teaching on images

From the Catechism of the Catholic Church

CCC 2132 The Christian veneration of images is not contrary to the first commandment which proscribes idols. Indeed, "the honor rendered to an image passes to its prototype," and "whoever venerates an image venerates the person portrayed in it."1 The honor paid to sacred images is a "respectful veneration," not the adoration due to God alone:

Religious worship is not directed to images in themselves, considered as mere things, but under their distinctive aspect as images leading us on to God incarnate. The movement toward the image does not terminate in it as image, but tends toward that whose image it is.2

Therefore making of images which Christians may venerate is not contrary to God's commandments, and is in accordance with Church Tradition and practice from the earliest times3.

In the New Advent articles, we gather that in the first centuries of Christianity, there are no pictures of the Crucifixion except the mock-crucifix scratched by some pagan soldier in the Palatine barracks.

Therefore a picture of the crucifixion can be made to mock in one case and in another for veneration. Also the article quotes Catholic teaching that "we do not pray to relics or images, for they can neither see nor hear nor help us."

What issues have been brought up by other Roman Catholics in the past as integral to the act of representing God and/or the end times in a fictional work?

In conclusion, the representation is to be made in a way that is in obedience to God's commandments [the first and the second], in accordance with Church tradition and practice, and also done tastefully and in a way that does not offend not only Catholic, but also Christian sensibility4 as well.

The Last Judgement, a mighty composition, painted by Michelangelo between 1536 and 1541, in the Sistine Chapel. 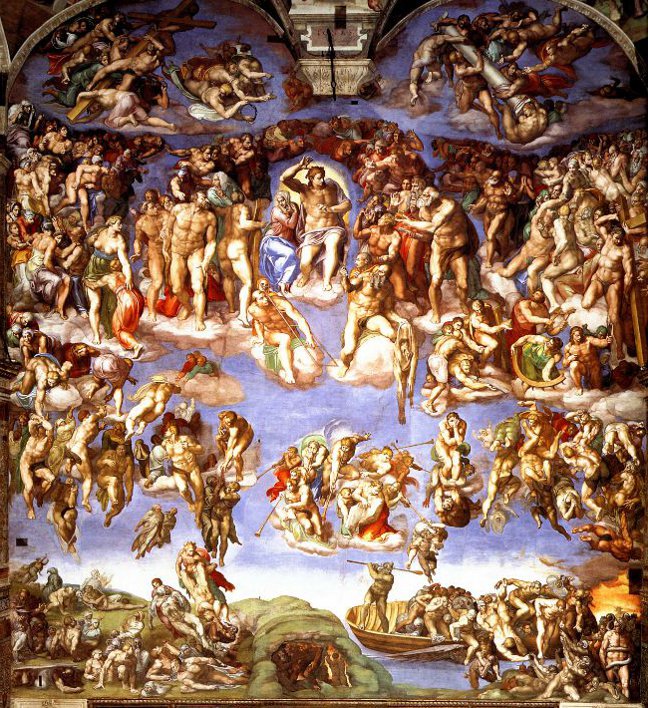 Not the answer you're looking for? Browse other questions tagged catholicism nature-of-god eschatology ethics .

3
What are the rules or laws a Catholic must follow if he/she has a website or blog?

11
Did Moses see the face of God?
0
What did CS Lewis think didn't reflect God?
27
For Catholics who object to Vatican II, what are the key issues?
8
For Catholics who have expressed concern about Pope Francis and are wary of his pontificate, what are the key issues?
0
Do Catholics believe that God is actively "fighting" Satan?
4
Historically what percentage of the Catholic Church's liturgical function was done in Latin?
5
What reasons do Catholics have for believing Jesus is God?
6
What ethical considerations, if any, should Catholics have about cryptocurrencies?