How often are books quoted outside of their own book?

I am trying to put an estimation together of how much of the bible we have today. I know that there are multiple books missing from the bible.

Num. 21:14 Wherefore it is said in the book of the wars of the Lord, What he did in the Red sea, and in the brooks of Arnon, (KJV)

My question is which books of the Bible are quoted by other books outside of their own pages, and how many times each?

If you are interested in an exhaustive listing of every verse quoted from the Old Testament in the New Testament (OT books quoted outside of their pages - in the NT), then I recommend looking here: 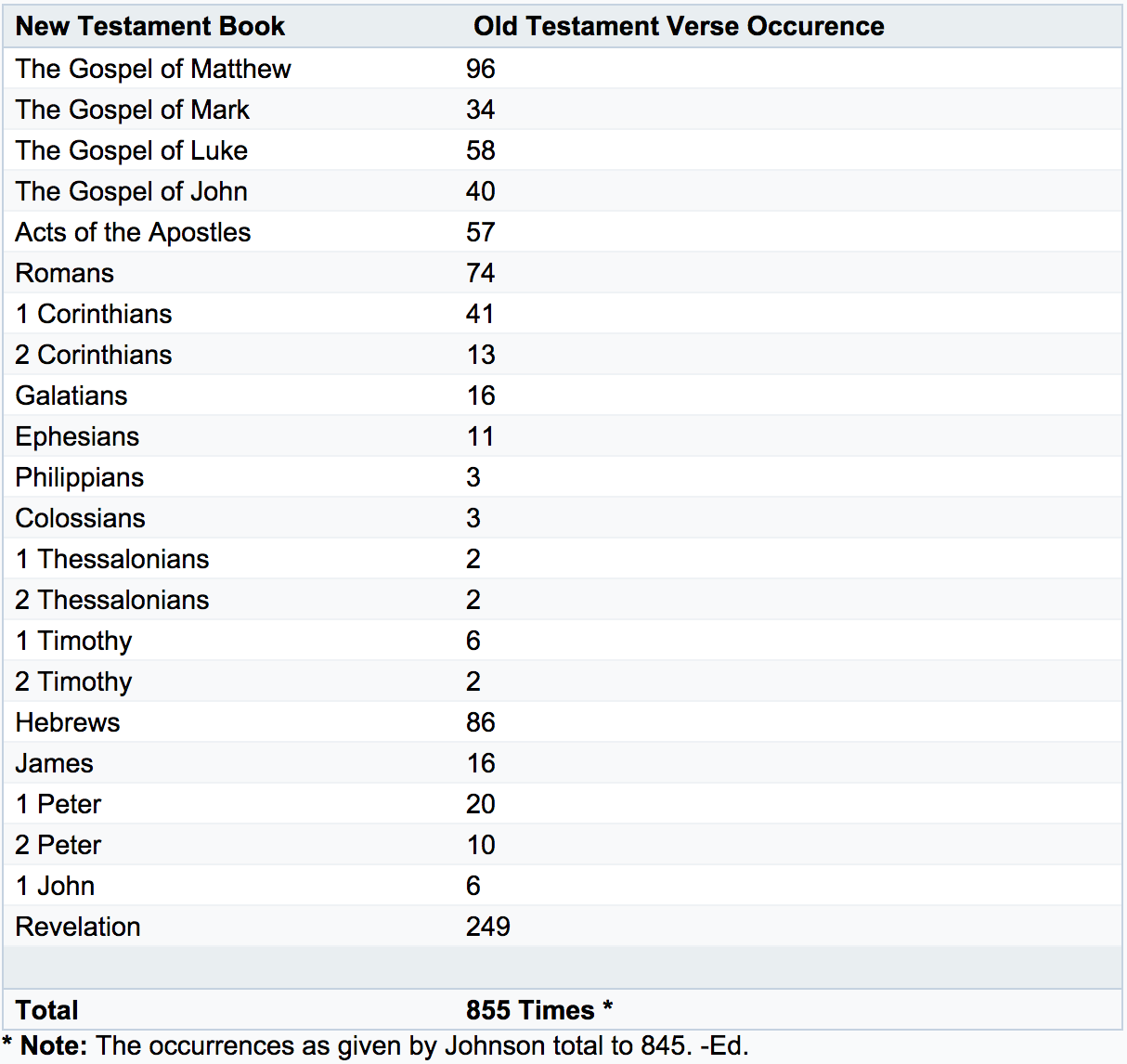 The list contains not only the direct or indirect citations, but also the allusions which are particularly worthy of attention: and the passages are given in the order of the Books of the New Testament. (The list has been divided up into five parts to decrease the download time.)

There is also the: Analytical Table and Harmony of the Mosaic Law, Prophecies in the Pentateuch and Historical Books (vvs. prophecy was given & vvs. it was fulfilled), and Probable Occasion When Each Psalm Was Composed that are of notable interest.

If you are asking about scriptures quoted that don't appear anywhere else in the Bible, see the listing below.

The so-called lost books of the Bible are those documents that are mentioned in the Bible in such a way that it is evident they were considered authentic and valuable but that are not found in the Bible today. Sometimes called missing scripture, they consist of at least the following:

To these rather clear references to inspired writings other than our current Bible may be added another list that has allusions to writings that may or may not be contained within our present text but may perhaps be known by a different title; for example,

Not the answer you're looking for? Browse other questions tagged bible .

26
In what countries is it illegal to own a Bible (the most banned book in the world)?
1
In the Bible, have "good men" often set their hand against each other?
4
When did the insertion of title-page for Old Testament and New Testament started?
8
Does Revelation 22:19 apply to the whole Biblical canon or only the Book of Revelation?
9
Why do Christians have different books in their Bible?
3
Do any Bibles contain the Book of Nathan the Prophet and/or the History of Nathan the Prophet

// TODO sg: TMP solution until we are confident in our current implementation of async imports // once we are, we can move the if into the js entry file and dynamically load the mark obsolete module