If every stone of the temple was thrown down how is the Wailing Wall still standing?

Jesus left the temple and was walking away when his disciples came up to him to call his attention to its buildings. “Do you see all these things?” he asked. “Truly I tell you, not one stone here will be left on another; every one will be thrown down.” (Matthew 24:1-2, NIV)

In this verse Jesus foretells the destruction of the Temple. So how do we know what we have been calling the Temple is really the proper location? Matt 24:2 says all thrown down so what about the Wailing Wall? Why was that left standing? Do we have the incorrect location of the Temple?

“Do you see all these great buildings?” replied Jesus. “Not one stone here will be left on another; every one will be thrown down.”

“Do you see all these things?” he asked. “Truly I tell you, not one stone here will be left on another; every one will be thrown down.”

“As for what you see here, the time will come when not one stone will be left on another; every one of them will be thrown down.”

The reference is to the buildings, those that are "seen". Specifically and only, this prophecy refers to "seen" "buildings".

The Western Wall (also referred to as the 'Wailing Wall') is actually the retaining wall built as part of Herod's expansion of the temple. It is...

The prophecy is literally and specifically fulfilled (if you consider the past a fulfillment, not taking into account futurist eschatologies which claim it must be "rebuilt" and "re-torn-down" yet again).

ADDENDUM: There are two parts to the current wall. Going from bottom to top, there are the large blocks that make up the lower section of this wall, which is the retaining wall dating to the Second Temple Period. This was not part of the prophecy, and not destroyed, as there would have been no need for the Romans to destroy this. The smaller stones on the top were rebuilt in the years after the 70 AD destruction of Jerusalem. The original wall, visible from the Temple mount, was fully destroyed as foretold. 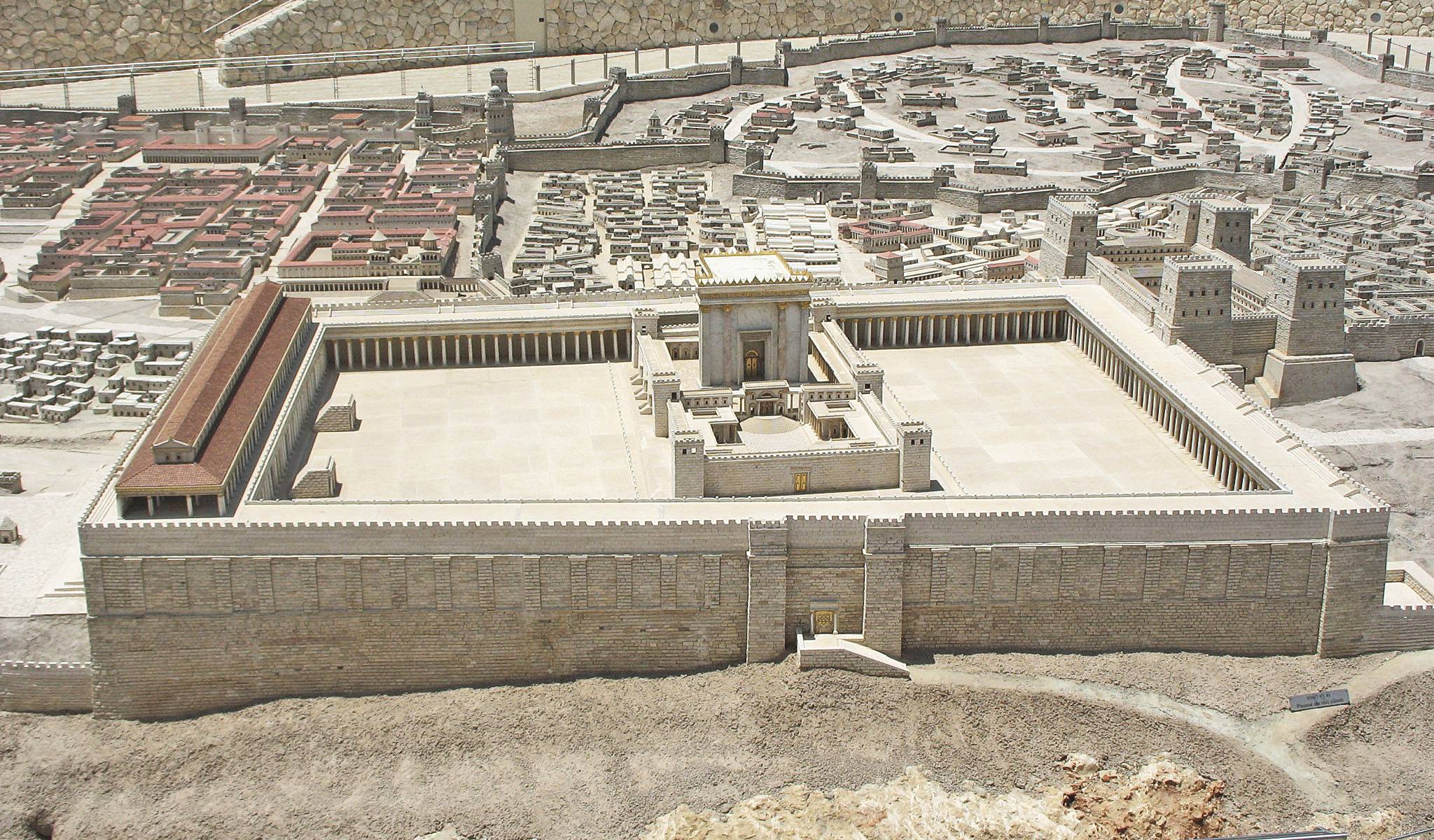 Basically, when Herod restored the Second Temple, he couldn't expand the building itself, since it's dimensions were fixed by Scripture. He wanted something grand, however, so he built a giant retaining wall around the top of Mount Moriah. The Temple itself sat atop the mount - the courtyard stuck out from the hilltop.

When the Romans destroyed the Temple in 70 AD, the building was levelled, but the mount itself remained. What you see today is the Dome of the Rock (would be to the right of the Temple in that picture) and the El-Aska Mosque to the Left. The Courtyard remains.

When you visit today (and I have!), you are at the base of the retaining wall, on the side you can't see from the reconstruction. (This model is at the Holyland hotel, and well worth the visit itself!) 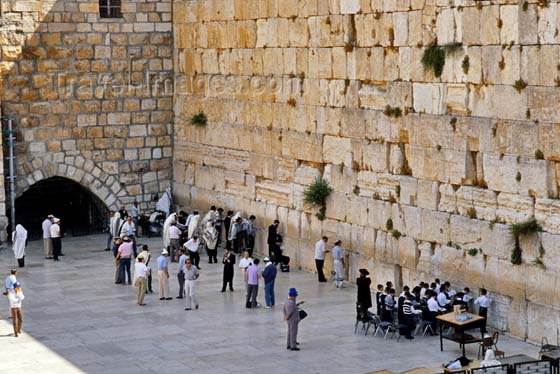 Finally, you will note the "wall" perpendicular to the mount. That is the remains of Wilson's Arch the road that would take the worshipper up to the Temple. It seems to empty out right between the current structures. 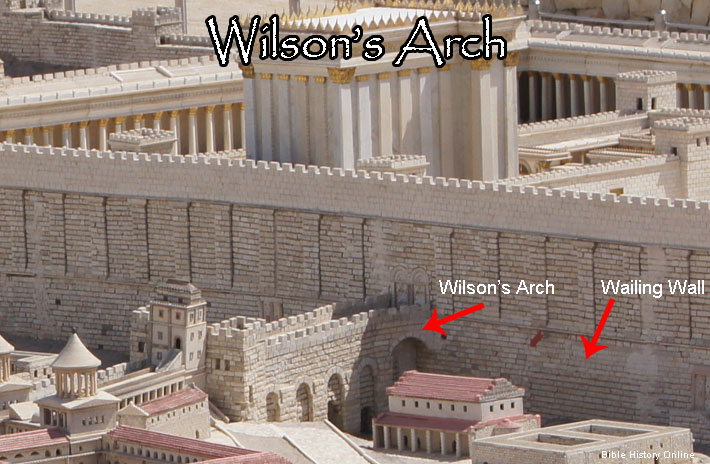 Not the answer you're looking for? Browse other questions tagged gospel-of-matthew temple archaeology or ask your own question.

6
Was Boaz named after the column in the temple?
15
Why did early Christians in Acts still go to the Jewish temple every day?
9
Was the temple built in 46 years or was it 46 years old during Jesus' time?
12
How has the Catholic Church interpreted the tearing of the temple veil?
11
Why was David disqualified from building the temple?
16
Did God still dwell in the temple while Jesus was on Earth?
5
How can the “Son of Man” passages of Matthew 24 be interpreted as a fulfilled prophecy?
5
Is there consensus between Christian commentators about how Jesus came to be atop the temple when being tempted by Satan in the wilderness?
4
Why were the apostles still going to the temple for prayer and rituals?