Who are the many nations that Abraham was called by God, 'the father' of?

Who are these nations that Abraham was father of, according to God's words?

5 No longer will you be called Abram[a]; your name will be Abraham,[b] for I have made you a father of many nations.

Footnotes:
a. Abram means exalted father.
b. Abraham probably means father of many.

As you can see; from this Patriarch lineage depiction taken from the book of Genesis, Abraham was indeed the father of many Nations. 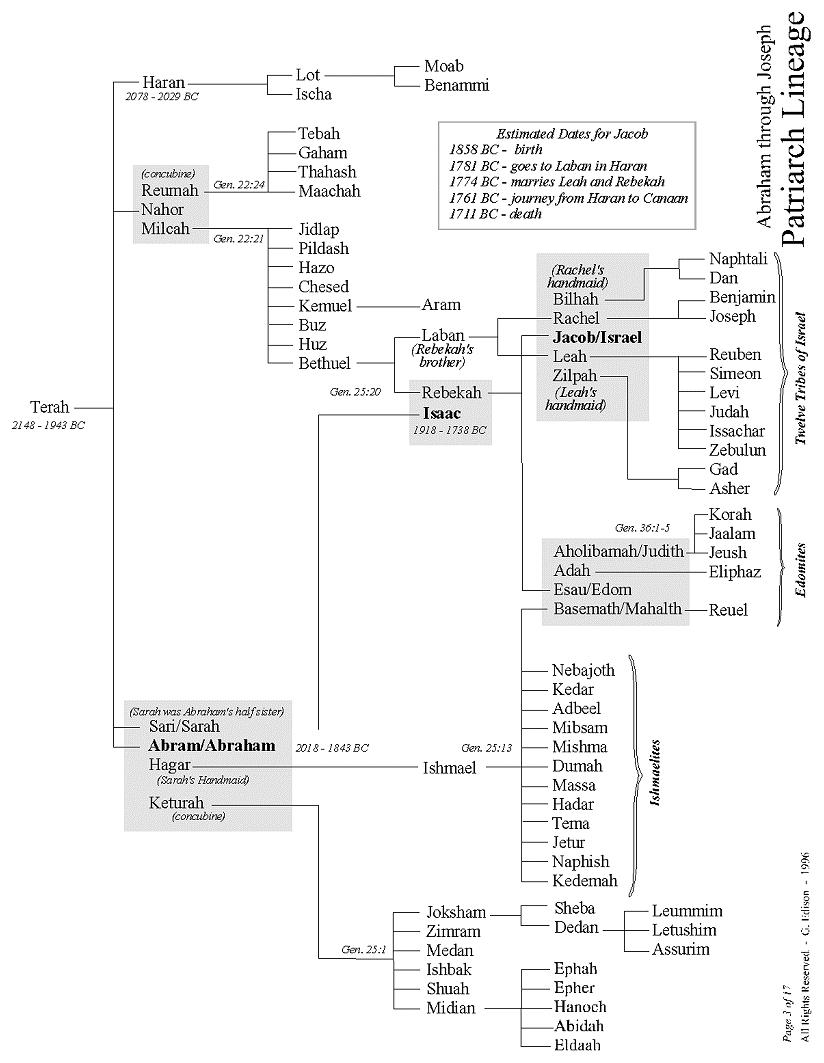 There are some Things worthy of notice which many are not aware of:

Not shown on this chart are some facts which are cogent to your question that are available in other records of that Era.

( it is the opinion of some that the line through Keturah is the Palestinians, but there are apparently no known records to verify that claim).

Genesis 25:29 through 34 And Jacob sod pottage: and Esau came from the field, and he was faint: 30 And Esau said to Jacob, Feed me, I pray thee, with that same red pottage; for I am faint: therefore was his name called Edom. 31 And Jacob said, Sell me this day thy birthright. 32 And Esau said, Behold, I am at the point to die: and what profit shall this birthright do to me? 33 And Jacob said, Swear to me this day; and he sware unto him: and he sold his birthright unto Jacob. 34 Then Jacob gave Esau bread and pottage of lentiles; and he did eat and drink, and rose up, and went his way: thus Esau despised his birthright.

The point of contention is that Jacob stole Esau's birthright and that the land all belonged to Esau as the firstborn son.

God was taking the "long view" in His prophetic word about the generations to follow that righteous man of faith, Abraham, whose name means father of nations. Remember, Abraham's former name, Abram, meant "exalted father"; after God's promise (or covenant) with him in Genesis 17, however, Abraham's status had changed. From his loins would come many people groups. Moreover, his lineage would extend through the generations to

Talk about the grand sweep of history. Abraham started something he could not possibly have imagined, even though

All one needs to do in determining the answer to your question is to read the various genealogies contained in both Covenants, old and new--what we commonly refer to today as the Old and New Testaments. (For a sample pictorial genealogy, look here.)

In the rich skein of saving faith and generational righteousness, the kind of righteousness which is imputed to each person who "believes God" as Abraham did, there is a scarlet thread, to which our Savior referred when he told his disciples at the Last Supper,

Suggested readings include the following:

All who believe on the Lord Jesus are children of Abraham, because they have the same faith that Abraham had. So Luke 19:9 Jesus said

"This day is salvation come to this house, forsomuch as he also is a son of Abraham."

And in the same way Paul writes:- "Know you therefore that they which are of faith, the same are the children of Abraham" (Galatians 3:7) and "And if you are Christ's then are you Abraham's seed, and heirs according to the promise." (Gal 3:29).

All who believe in Jesus as their Lord and Saviour are descendants of Abraham, spiritually, no matter what nation they are of biologically, so Abraham is the spiritual father of many nations.

Abraham was called the father of many nations by God in Genesis 17:1-6

When Abram was ninety-nine years old, the Lord appeared to him and said, “I am God Almighty; walk before me faithfully and be blameless. Then I will make my covenant between me and you and will greatly increase your numbers." Abram fell facedown, and God said to him, “As for me, this is my covenant with you: You will be the father of many nations. No longer will you be called Abram; your name will be Abraham, for I have made you a father of many nations. I will make you very fruitful; I will make nations of you, and kings will come from you."

The nations referred to are those who came out of his biological son of promise, with Sarah, Isaac, (the Israelites from the 12 tribes, who were originally the 12 sons) from his biological son Ishmael, with Hagar, (the Ishmaelites, 12 princes of a nation God said in Genesis he would bless Ishmael and bring these princes and nation out of him (Arabs today) Genesis 17:20 NIV

And as for Ishmael, I have heard you: I will surely bless him; I will make him fruitful and will greatly increase his numbers. He will be the father of twelve rulers, and I will make him into a great nation.

, but also the New Nation;

"Therefore I tell you that the kingdom of God will be taken away from you and given to a people who will produce its fruit."

which God said He would graft into Israel of old, Romans 11:17 NIV

'If some of the branches have been broken off, and you, though a wild olive shoot, have been grafted in among the others and now share in the nourishing sap from the olive root,')

who are also called the 'seed of Abraham', that Paul wrote about "If you are Christ's, then are you Abraham's seed, and heirs according to the promise." Gal 3:29

This nation is the 'Israel of God'*, that Paul identified, who are sons of promise, brought forth through Christ who came through Abraham and through the Israelites, and as they are grafted in they become the 'one new man'.

Therefore remember that at one time you Gentiles in the flesh, called “the uncircumcision” by what is called the circumcision, which is made in the flesh by hands— remember that you were at that time separated from Christ, alienated from the commonwealth of Israel and strangers to the covenants of promise, having no hope and without God in the world. But now in Christ Jesus you who once were far off have been brought near by the blood of Christ. For he himself is our peace, who has made us both one and has broken down in his flesh the dividing wall of hostility by abolishing the law of commandments expressed in ordinances, that he might create in himself one new man in place of the two, so making peace, and might reconcile us both to God in one body through the cross, thereby killing the hostility. And he came and preached peace to you who were far off and peace to those who were near. For through him we both have access in one Spirit to the Father. So then you are no longer strangers and aliens, but you are fellow citizens with the saints and members of the household of God, built on the foundation of the apostles and prophets, Christ Jesus himself being the cornerstone, in whom the whole structure, being joined together, grows into a holy temple in the Lord. In him you also are being built together into a dwelling place for God by the Spirit.

(in this group would be all the 'sheep nations of Jesus' illustration of the end of time and the judgment.)

Israel of God would also include those who have gone before who were the true believers in God, God approved, those from the old covenant Israel.

But far be it from me to boast, save in the cross of our Lord Jesus Christ, through which the world hath been crucified unto me, and I unto the world. For neither is circumcision anything, nor uncircumcision, but a new creation. And as many as shall walk by this rule, peace be upon them, and mercy, and upon the Israel of God.

After this I looked, and behold, a great multitude that no one could number, from every nation, from all tribes and peoples and languages, standing before the throne and before the Lamb, clothed in white robes, with palm branches in their hands, and crying out with a loud voice, “Salvation belongs to our God who sits on the throne, and to the Lamb!” - Revelation 7:9-10

There will be people from all nations that believe, so Abraham will be the father of all nations.

Not the answer you're looking for? Browse other questions tagged genesis abraham or ask your own question.

14
Was the marriage between Abraham and Sarah incestuous?
16
Why did God change Jacob's name to Israel?
10
How sound are the arguments that Melchizedek invoked a Canaanite deity when he met Abraham?
15
Was the cave of Abraham in Shechem or Hebron?