Why did Jesus favor Peter, James and John more than the other disciples? [closed]

You're making the mistake of an argument from silence, because in spite of your assertion that "its clear" that Peter, James, and John witnessed more of Jesus' miracles, all we really know for sure is that we have records that Peter, James, and John are reported to have witnessed more miracles than the other disciples. The fact that the other followers of Jesus are not mentioned in accounts of witnessing miracles of Jesus does not mean that they were not there, and all we can conclude for certain was that it was important to the writers of the various accounts to note that Peter, James, and John were witnesses, and that it was not so important to note that Thomas or James the Less also happened to be present. Before you can ask why the other disciples were not present, you first have to establish with certainty that you were not, and in the absence of any particular evidence in support of one possibility or the other, that is impossible to do.

You should also remember that the very last verse of John's Gospel makes it clear that Jesus performed many deeds (which may or not have been miracles) which are not recorded. It is altogether possible that the other disciples witnessed more of these unrecorded deeds that Peter, James, and John did.

Why did Jesus favor Peter, James and John more than the other disciples?

I believe Jesus was doing this in order to 'model the mission'. I'm referring to the Great Commission:

19 Therefore go and make disciples of all nations, baptizing them in the name of the Father and of the Son and of the Holy Spirit, 20 and teaching them to obey everything I have commanded you. And surely I am with you always, to the very end of the age. - Matthew 28:19-20 NIV (emphasis added)

Notice how Paul formulates this when he's instructing (one aspect of discipling) Timothy:

And the things you have heard me say in the presence of many witnesses entrust to reliable people who will also be qualified to teach others. - 2 Timothy 2:2 NIV

Including Paul and Timothy, there are four 'generations' of believers mentioned. In order to ensure the ones you entrust what was said to are actually reliable and qualified to teach others, you need to give them a particular relational focus in discipleship that goes significantly beyond what would be given by a pastor to his 'flock' (congregation).

I believe the model of discipleship Jesus used is an example of a trifurcating tree: 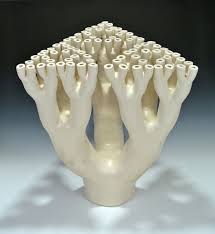 It's readily apparant that 3+3^2 = 12, but interestingly, 3+3^2+3^3+3^4 = 120 which was the number of believers present in the upper room at Pentecost - I personally find this highly suggestive. In practice, Jesus was discipling multiple 'generations' at once (including showing them all many miracles!), but he gave a greater focus (in terms of time and delegated responsibility) to those who were relationally closer to him in this conceptual tree, as when he departed, they would take on the responsibility of carrying on the work.

I believe we can see similar levels of focus in the ministry praxis of Paul and his companions - some he referred to as 'yoke-fellow' (eg the inner core, or 'the 3'); some as 'co-laborer' (the outer core, or ministry team - 'the 9'); as well as house churches (the church in Chloe's house - 'the 27') and larger congregations (the saints at Corinth - 'the 81'+).

I think Peter, James and John witnessed more miracles than the others, because the circle gave them this by proximity, not exclusivity. (I assume you are referring to their exposure to the transfiguration, also to seeing Him sweat blood in the garden. (if they stayed awake long enough))

Peter, James, and John may have been in the closer circle, for the simple reason that Jesus, describing Himself as a man on the earth (as well as God) was just like we are, we all have friends who 'get' us, more than others do, and vice versa.

Because Jesus was God, and 'God is Love', Jesus may have had this inner circle come closer to Him, based on their needs, not on His own human preferences.(Jesus would put their needs ahead of His own, because this is what Love does, considers others, before self.)

Was this James, the Lord's brother? This may have been a contributing factor, that James was family, as well as closer friend.(brother, or cousin- cousins were described using the word brother in middle eastern families, at times.)

Peter is often 'leading' the disciples in the gospel narratives, sometimes in impetuosity, and later appears as a leader in the NT church itself. The text often refers to him as 'Peter and the others'. Peter's character appears to be one that would push himself forward, to be at Jesus' side, at all times.

This closer circle were the men later mentioned as leading the NT church. Paul went up to Jerusalem to talk with Peter and James, who were leaders in the church there. John was an apostle and elder who led the church, even from Patmos.

Following up on the, Jesus is Love and He was living from that perspective, John called himself, "the one whom Jesus loved", and "the beloved disciple". I would like to think that John did this because he really 'got' this message and completely absorbed the Love of Jesus for him. I am not meaning this in an exclusive sense, because I don't believe this is how John meant it about himself, either.

I believe John received Jesus' Love on the deepest level and it permeated him, so much so that he referred to himself by this Love of Jesus, 'John, the disciple that Jesus loved.'

Didn't Jesus love all of the disciples equally? Being the ultimate Father, God, I am sure this was true of the Love of the Father coming through Jesus to the 12. I believe John described himself in this way because he accepted God's Love on a much deeper level and was changed by it, more than the others were.

In John's writings in the NT Love is featured in a unique way that doesn't appear in the other gospel books. Walking in Love and walking in the Spirit being almost synonymous, this would explain John's spiritual giftings as well. His writings include prophecies and visions that he received, all stemming from the flow of the Holy Spirit associated with living and walking in Love.

John was the only disciple not to die a martyr's death, although they tried to boil him in oil to kill him, according to historical records. Since walking in the Spirit and walking in Love are inseparable, I believe they weren't able to kill John's body because he walked in Love, and by this accessed the Spiritual realm easily for his deliverance from the pot of oil.

I tried to find out why is it that certain places Jesus went to He only took Peter, James and John with Him.

I found out these three men had the mindset of achieving the impossible. They were willing to go the extra mile. Mark 10:35-41 told us how James and John told Jesus that they desire to sit, one on His right hand, and the other on His left hand, in His glory. Wow! What a great imagination and demand, Jesus said unto them, Ye know not what ye ask: CAN YE DRINK DRINK OF THE CUP THAT I DRINK? AND BE BAPTIZED WITH THE BAPTISM THAT I AM BAPTIZED WITH? AND THEY SAID UNTO HIM, WE CAN. What a great aspiration But when the ten heard it, they began to be much displeased with James and John.

Peter was so loyal and willing to do anything that Jesus did, in Matt. 14:22-31 when Jesus was walking on the Sea, while were afraid, Peter desired and dare to also walk on the Sea, and said ''Lord, if it be thou, bid me come unto thee on the water." what what a widest desire and Jesus invited him to walk on the sea and he did. After Jesus returned to heaven, Jesus so much reflected on these men that In Acts 4:13 The rulers of city noted the boldness of Peter and John, “they took knowledge of them, that they had been with Jesus” and had learned of him.

I'm a member of the Church of Jesus Christ of Latter-day Saints, and we believe that it is because Peter was given the authority to direct the church after Christ's death, while James and John were to be his counselors. For evidence of Peter being head apostle, or prophet, see Acts 10 and 11, where he received revelation, changing church practices and teachings, as well as Matthew 16:13-19, where he received the promise of the keys of the kingdom.

Not the answer you're looking for? Browse other questions tagged life-of-jesus peter john-apostle james-apostle or ask your own question.