Is there a scriptural example of a non-believer speaking on God's behalf?

I recently read an article about Christian Mingle (CM), the most popular Christian Dating site in the world who carry the slogan "Find God's Match for You" and boldly splash Psalms 37:4 on their front page.

I wasn't all that surprised to find out that they are owned by a non-christian company, Spark*. Spark specializes in demographically geared dating sites--28 sites in all--and CM is their most popular. This is an openly non-Christian company boldly claiming to help in finding God's will for a person. 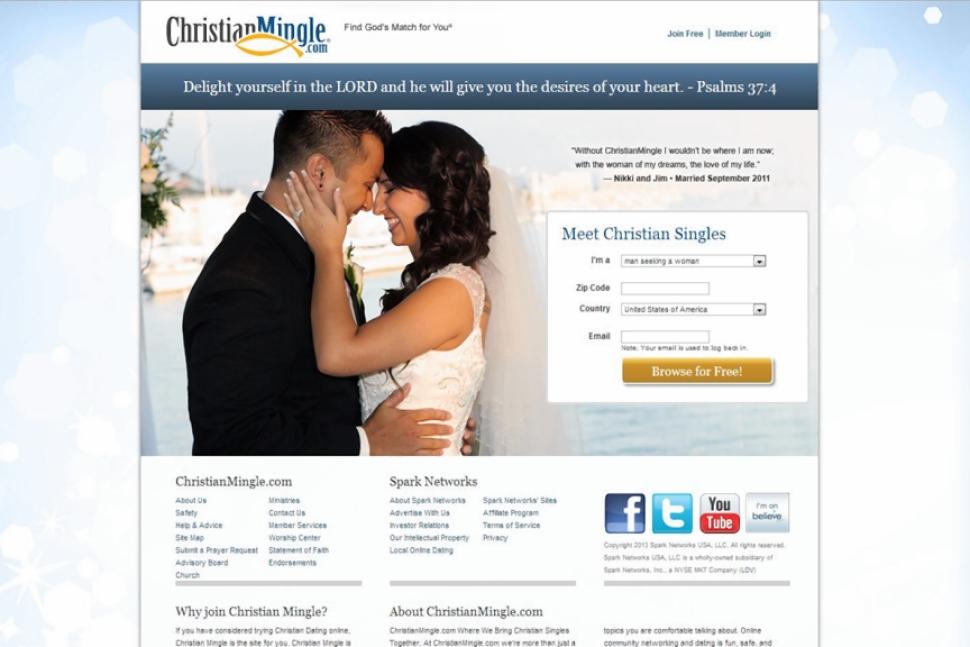 Is there a scriptural allowance for a non-christian (person or entity) to speak on behalf of God or claim to know His will?

Is there an example in scripture of a person who is clearly not a believer speaking on God's behalf? Are there scriptural teachings explicitly for or against this?

I am assuming, for the scope of this question, that the message and marketing of Christian Mingle is run and decided upon by non-Christians.

Facts and numbers are provided in the article link above.

In the book of Ezra, God speaks to the King of the Persians, who were holding the Israelites in exile:

Numbers 22 tells the story of Balaam, who was a non-Israelite prophet with whom God communicated directly, although he ended up betraying his role.

In the New Testament, there are occasions in the Gospels (Mark 5:7) and in Acts (16:17) where people under the influence of spirits are able to correctly recognize Jesus and his followers. There is also the case of Pontius Pilate's wife (Matt 27:19) who was warned in a dream not to persecute Jesus. Finally, there is the case of the person who was casting out spirits in Jesus' name, yet without being allied with the disciples, of whom it was said "he who is not against us is for us" (Mark 9:38-40)

On the other hand, there are also ample cases recorded in the Old Testament of false prophets who preached lies under the guise of religion (see Jerimiah 23), similar to the people referred to by Jesus in the New Testament who will be rejected by God despite their public displays of religiousity:

Matt 7: 22 Many will say to me on that day, ‘Lord, Lord, did we not prophesy in your name and in your name drive out demons and in your name perform many miracles?’ 23Then I will tell them plainly, ‘I never knew you. Away from me, you evildoers!’

See also the failed exorcists of Acts 19 who found that simply invoking the name of Jesus was not enough to give them the powers of faith.

It's common in modern America to see Christian iconography used as an avenue for marketing. Which category this falls in is open to debate, although perhaps the most relevant example from scripture is either the money-changers who Jesus threw out of the temple (Matt 21:12), or Simon Magus (in Acts 8) who was cursed by the Apostles for attempting to purchase the powers of faith.

Not the answer you're looking for? Browse other questions tagged biblical-basis will-of-god discernment or ask your own question.