Which order/choir of angels did Satan most likely belong to before he fell?

In the Summa Theologica Thomas Aquinas answers that Satan could have belonged to either the lower grade of angels or to the higher angels before he fell.

According to Catholic texts, which of the orders/choirs of angels revealed in the Bible did Satan most likely belong to before he fell?

Then there are those (like myself) who will argue whether he has either truly fallen or not yet. However, here is the Christian (assuming Catholic as well) hierarchy of angels, and the likeliness of Satan being/not being one based on Scripture, and not opinion:

First Heirarchy (Highest)
Seraphim - it's possible, I suppose, however Ezekiel 28 tells us he was a Cherubim. First noted in Isaiah 6:1-7.

Cherubim - The most likely, and supported by Scripture assuming Ezekiel 28 is about Satan. First noted in Eden in Genesis 3:24, also guard God's Throne in Ezekiel 28:14–16

Thrones/Ophanim - If they are angelic beings meant to care for the thrones, or make up the thrones themselves I am not quite sure. However, given that they are one of the two, I doubt myself that this is what Satan is. Noted first in Daniel 7:9, and again by Paul in Colossians 1:16.

Second Heirarchy (Middle)
Dominations - They regulate the duties of the lower angels, and are described in Eph. 1:21 and Col. 1:16. This could be suitable as an order in which Satan belonged, hence his amassing an army.

Virtues - Their primary duty is to supervise the movements of the heavenly bodies in order to ensure that the cosmos remains in order. While this could make sense as well, it seems unlikely. One of them not doing their job sounds like it'd be noticeable. They are described in Ephesians 1:21.

Powers - They are the bearers of conscience and the keepers of history. They are also the warrior angels created to be completely loyal to God. Some believe that no Power has ever fallen from grace, but another theory states that Satan was the Chief of the Powers before he Fell (see also Ephesians 6:12). Their duty is to oversee the distribution of power among humankind, hence their name.

Third Heirarchy (Lowest)
Principalities - Their duty also is said to be to carry out the orders given to them by the Dominions and bequeath blessings to the material world. Their task is to oversee groups of people. They are the educators and guardians of the realm of earth. Like beings related to the world of the germinal ideas, they are said to inspire living things to many things such as art or science.

Archangels - The word "archangel" comes from the Greek ἀρχάγγελος (archangělǒs), meaning chief angel, a translation of the Hebrew רב־מלאך (rav-mal'ákh) [11] It derives from the Greek archō, meaning to be first in rank or power; and angělǒs which means messenger or envoy. The word is only used twice in the New Testament: 1 Thessalonians 4:16 and Jude 1:9. Only Archangels Gabriel and Michael are mentioned by name in the New Testament. It's possible he could have been one of these, but they seem rather loyal to God in the stories.

Angels - well, you know - the plain ones apparently. I think we can all agree he was not a "regular" angel if anything.

You can read more about them here, which expands on Pseudo-Dionysius the Areopagite's book De Coelesti Hierarchia (On the Celestial Hierarchy) and Thomas Aquinas' Summa Theologica.

The ordering of the Christian angelic hierarchy in choirs, according to St. Thomas Aquinas in Summa Theologica (1225–1274) [as noted by @Jesse] is, in descending order:

(For symmetry perhaps 3. is Principalities, Archangels, and Angels. Distinguishing Arch-angel from Archangel.)

The place of the Arch-angels is in the heavenly court. Arch-angel meaning being above all angels [of the 8 (or 9) orders], of any Choir [3 choirs].

Ans. The being, who later became known as, the primeval serpent, the devil or satan, did not belong to any of these 3 choirs.

The Day [morning] Star, Lucifer, son of Dawn [cf. Is 14:12], was member of the heavenly court; with him the four living creatures, and the seven spirits of God. These were the morning stars [Jb 38:7], first created by God, it seems, in that order.

Then came the rest of the 8 (or 9) orders of the heavenly hosts revealed in scripture: Seraphim, Cherubim, and Thrones; Dominations, Virtues, and Powers; Principalities, [Archangels] and Angels.

The seven spirits of God are the Arch-angels [cf. Tb 12:15: "I am Raph′ael, one of the seven holy angels who present the prayers of the saints and enter into the presence of the glory of the Holy One."]. Only two others are named in scripture: Arch-angel Michael [Jude 1:9] and Arch-angel Gabriel [Lk 1:19].

How this was deduced:

From the book of revelation, the four living creatures are present, and the seven spirits of God. This adds up to 11 and not 12 which represents totality, wholeness, and the completion of God's purpose. The missing one must have been one of the heavenly court.

The Day Star, Lucifer, son of Dawn. While the rest of the stars flee as it dawns, only he remains. 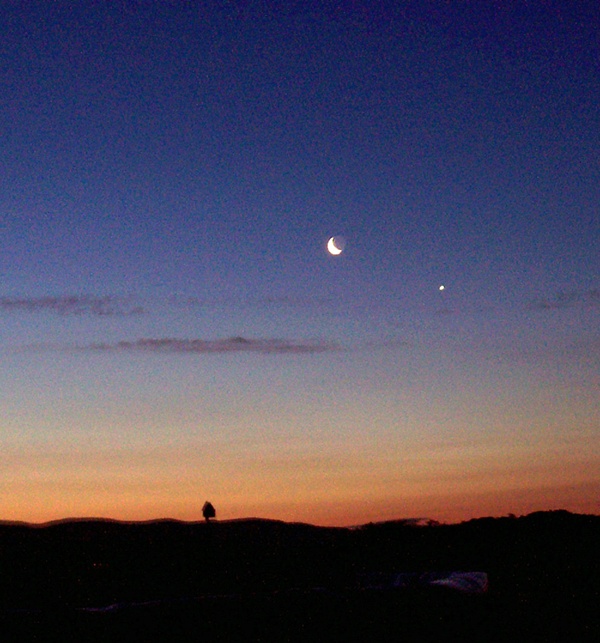 “I saw Satan fall like lightning from heaven;"/“How you are fallen from heaven, O Day Star, son of Dawn! [...]" 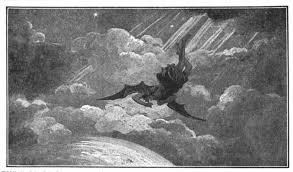 Paradise Lost. This is sad ... 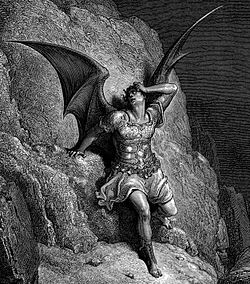 share | improve this answer | |
edited Jan 16 '16 at 7:59
answered Jul 16 '14 at 10:56
user13992user13992
add a comment  |
Like any library, Christianity Stack Exchange offers great information, but does not offer personalized advice, and does not take the place of seeking such advice from your pastor, priest, or other trustworthy counselor.

6
According to Catholicism, does intelligence or rationality belong to other animals by participation?
8
Is the desire for a spiritual mother natural to mankind?
12
Why did the Catholic Church change so radically after Vatican II in regards to the status of Jews?
3
Which, in Catholic belief, is the higher form of prayer - the Lord's Prayer/Our Father, or the Eucharist?
8
What is (the source of) this quote about God's turning any evil into good?
5
How do JWs reconcile the belief that Satan was cast to earth in 1914 with Job 1:7 and Job 2:2?
1
According to Catholicism, is it ever permissible to produce physical evil so that good may result?
4
What are liturgical honours and privileges for the Patrons of categories of people?