After reading When does the Pope speak ex cathedra? I became curious and searched for a list of statements, but couldn't find one.

Does such list exist and if not, why is this the case?

There is no canonical list of infallible statements made by the Pontiffs: while there are only a few instances where a Pontiff spoke infallibly ex cathedra (an extraordinary action), there are many times where he is speaking about things known to be infallible of the ordinary and universal Magisterium.

First about the Immaculate Conception by Pius IX:

...by the authority of Jesus Christ our Lord, of the Blessed Apostles Peter and Paul, and by our own: "We declare, pronounce, and define that the doctrine which holds that the most Blessed Virgin Mary, in the first instance of her conception, by a singular grace and privilege granted by Almighty God, in view of the merits of Jesus Christ, the Savior of the human race, was preserved free from all stain of original sin, is a doctrine revealed by God and therefore to be believed firmly and constantly by all the faithful."

Hence, if anyone shall dare—which God forbid!—to think otherwise than as has been defined by us, let him know and understand that he is condemned by his own judgment; that he has suffered shipwreck in the faith; that he has separated from the unity of the Church...

And second about the Assumption of Mary by Pius XII:

... by the authority of our Lord Jesus Christ, of the Blessed Apostles Peter and Paul, and by our own authority, we pronounce, declare, and define it to be a divinely revealed dogma:

that the Immaculate Mother of God, the ever Virgin Mary, having completed the course of her earthly life, was assumed body and soul into heavenly glory.

Hence if anyone, which God forbid, should dare willfully to deny or to call into doubt that which we have defined, let him know that he has fallen away completely from the divine and Catholic Faith.

In the ordinary sense—when a Pontiff speaks about things that are known to be infallible by the ordinary and universal Magisterium—it gets a little tricky. Then Cardinal Ratzinger, prefect for the Congregation for the Doctrine of the Faith (now Pope Benedict XVI) mentions in his Doctrinal Commentary on the Concluding Formula of the Professio Fidei about the case of euthanasia:

A similar process can be observed in the more recent teaching regarding the doctrine that priestly ordination is reserved only to men. The Supreme Pontiff, while not wishing to proceed to a dogmatic definition, intended to reaffirm that this doctrine is to be held definitively,32 since, founded on the written Word of God, constantly preserved and applied in the Tradition of the Church, it has been set forth infallibly by the ordinary and universal Magisterium.33 As the prior example illustrates, this does not foreclose the possibility that, in the future, the consciousness of the Church might progress to the point where this teaching could be defined as a doctrine to be believed as divinely revealed.

The doctrine on the illicitness of euthanasia, taught in the Encyclical Letter Evangelium Vitae, can also be recalled. Confirming that euthanasia is "a grave violation of the law of God," the Pope declares that "this doctrine is based upon the natural law and upon the written Word of God, is transmitted by the Church's Tradition and taught by the ordinary and universal Magisterium".34 It could seem that there is only a logical element in the doctrine on euthanasia, since Scripture does not seem to be aware of the concept. In this case, however, the interrelationship between the orders of faith and reason becomes apparent: Scripture, in fact, clearly excludes every form of the kind of self-determination of human existence that is presupposed in the theory and practice of euthanasia.

In a nutshell, the ordinary and universal Magisterium teaches us certain things are evil, and while there may be no mention of a new issue (because it hasn't come up before), the ordinary teachings of the Magisterium can still guide infallible teachings about the new issue without speaking infallibly ex cathedra.

And this happens pretty often: one of the main roles of the clergy, including the Holy Father, is to help guide and instruct based on the ordinary teachings of the Magisterium. 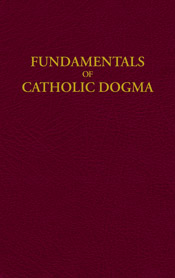 from TAN Books, online here, and in Latin.

It's got a pretty well sourced index. Mark Trapp speaks truth about the Marian Dogmas, there are four of 'em but only the last two are the products of papal statements, the other two were pronounced as result of ecumenical councils.

But, Bl. John Paul II spoke on an infallible teaching about women in the priesthood, that's pretty new so it may not have made the cut for the book. Also, infallibility is defined as the Pope in Communion with the Bishops. So, magisterial teachings are just as infallible as the Popes. Which is why you'll find a lot more stuff in that book than just papal decrees.

Not the answer you're looking for? Browse other questions tagged catholicism ex-cathedra papal-infallibility or ask your own question.

32
When does the Pope speak ex cathedra?
12
How does the doctrine of Papal Infallibility account for Peter's error?
9
Which doctrines are Catholics required to accept?
4
Which Roman Catholic doctrines are infallible?
7
What kind of baptism is essential to salvation, and what does 'essential' mean in this context? (Catholic perspective)
11
Why are the Immaculate Conception and the Assumption of Mary such a big deal that all Catholics must believe in them?
6
What is meant by “faith and morals” with regards to papal infallibility?

10
In Catholic understanding, did Paul speak/write ex cathedra while Peter was serving as Pope?
4
Which Roman Catholic doctrines are infallible?
16
How could a seventh-century heretic have possessed papal infallibility?
22
Do the Catholic Church ex cathedra pronouncements about necessity of Catholicism to be saved still apply?
5
Hierarchy of Catholicism, government, and papal teaching
7
What would happen if the Pope were to abuse his power?
4
Why doesn't the Pope try asserting doctrines ex cathedra to check if they're true?
5
Can a pope be a heretic?
6
Can a Pope elevate a non-heretical yet minority opinion to the level of dogma?
5
Is the Pope Emeritus infallible?