How did Jesus get heard by 5000 families at once? [duplicate]

When I attend a meeting of more than about 100 people, the speaker's voice is normally amplified using a microphone and speaker.

Jesus spoke to 5000 families at once. And at other times he spoke to multitudes.

How did He get heard by so many without amplification?

Ideas that I've heard include that He could be heard when:

Is there any other, general rule for how He could be heard?

Throughout the roman world, there are amphitheaters which could hold 20,000 people or more. I have personally been to ones in Ephesus (where Paul addressed a large crowd) Pergamum, and Pompeii. 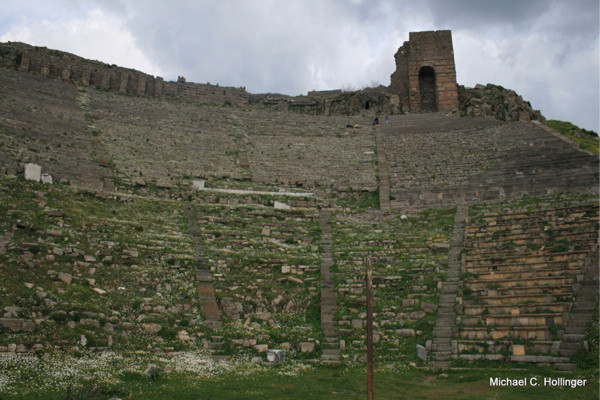 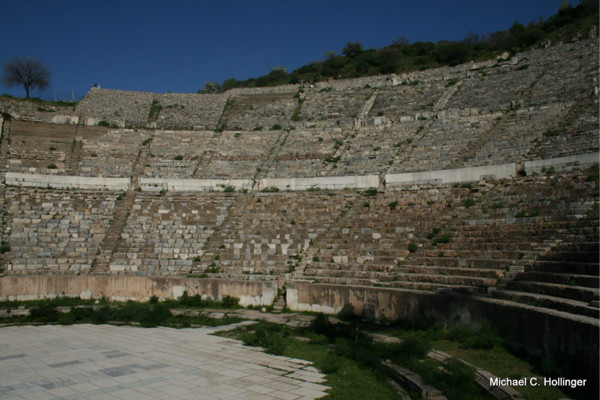 Note that both the Sermon in the Mount and the Sermon on the Hill were delivered at landforms that formed natural amphitheaters. If Jesus was standing at the base, rather than at the top, the acoustics would have worked in his favor.

As a speaker who has learned to project, I can tell you that it isn't difficult to do- it is just that amplification helps make it louder. Amplification lets people spread out more and helps when people in the crowd are talking, but large crowds could hear Greek plays without it.

The point here is simple- a speaker has better range than you might imagine. The speaker would need to be loud, for sure, but people throughout the ages have addressed large crowds.

Finally, there is always the monty Python answer and it applies to any sort of dairy producer, really.

Not wishing to be flippant, but we should not discount the aural memory of illiterate people, especially short term, to be able to just pass it on. Because we are used to reading and writing we are not aware just how skilled people had to be at listening and telling.

If this was normal, it would not be remarked upon. I find it more amazing that so much was written down! The priests could obviously read, the scribes could write, and those skills were not as tightly coupled as nowadays. I doubt the ordinary folk could do either. Hence, they had other skills well polished!

Jesus could retell His message as people shuffled around and took it in turns to get near enough. Also, when crowds gather to hear something interesting, they hang around if they can hear and drift off if they can't, but all may be counted. A promenade situation. For times when loaves and fishes were on offer, those sharing food out could also pass on what Jesus was saying.

Another thought is that these were preindustrial people with no machinery or amplification in there lives to damage their hearing over time. Perhaps they could also hear better!

16
How could Jesus' audience hear Jesus without audio installation?

5
How did Jesus reconcile his teachings with Judaism?
1
How was Jesus conceived?
5
How could Jesus get through locked doors?
3
How long did Jesus know Judas?
2
How much time did Jesus spend in Gethsemane?
5
What did Jesus actually get up to in America (according to Mormons)?
7
How much did the Cross of Jesus weigh?