Do non-Catholic traditions ever have family altars?

Catholics may have a special place in their homes designated as the family altar.

This is mentioned many places:

In contradistinction to the typical home which has a television set as its centerpiece, the focal point of a Catholic home should be the family altar -- a place where the family can gather to offer up their prayers to the Most Holy Trinity and to ask the Saints to pray for them. Morning Offerings, family Rosaries, prayers for special intentions, family novenas, Lectio Divina, etc., can all be made here. source emphasis added

And photos of such altars are easy to find on google and pinterest, such as this one: 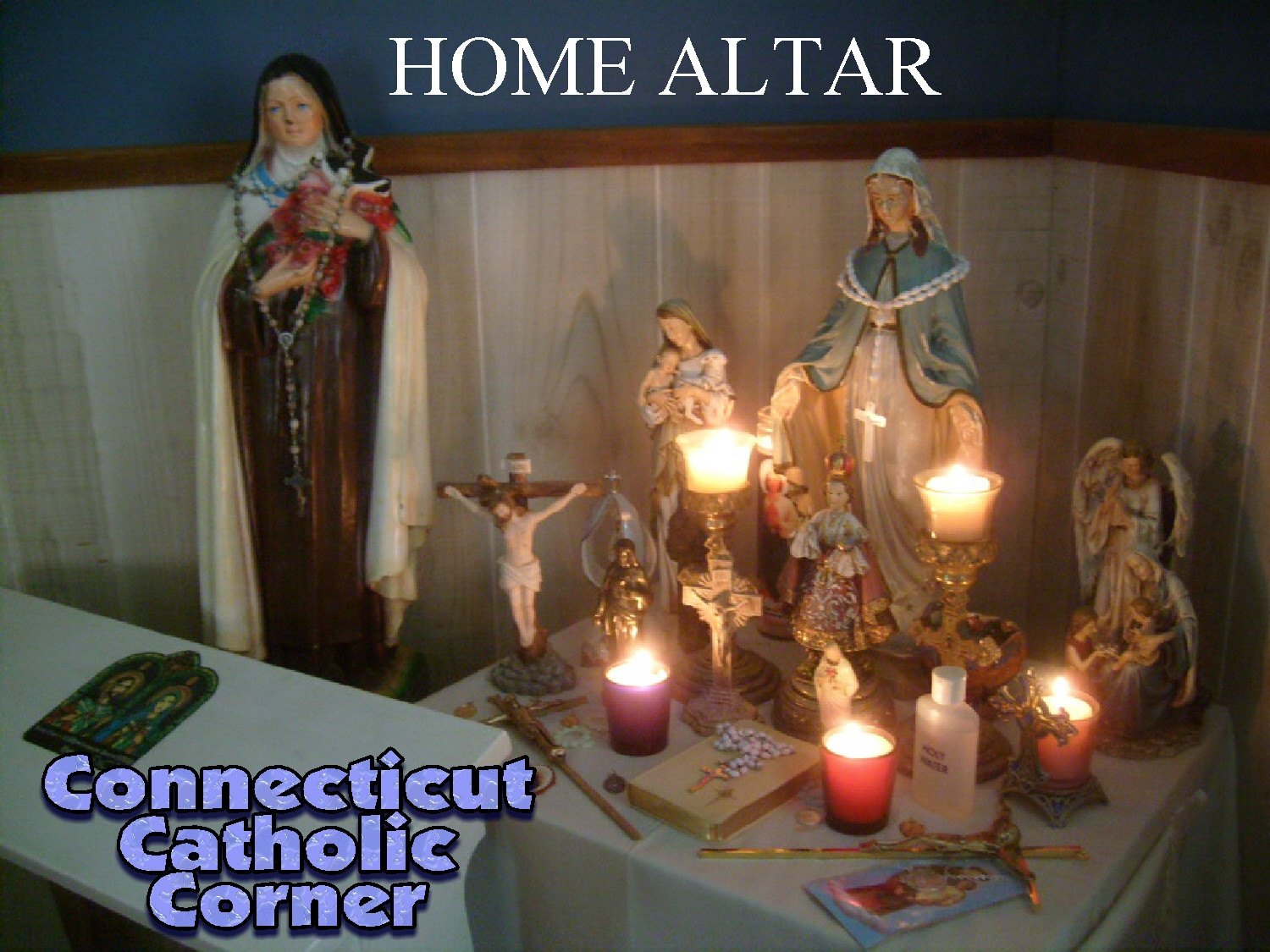 Are there any non-Catholic traditions that do a similar sort of thing? If so, what is the purpose of having a family altar, and what do they typically put on it?

After some research via Google, I have found that, in general, Protestants think of the "family altar" as an act of family worship, rather than a physical place set aside for such things. The previous answer dealing with Protestants generally being iconoclasts sums that up quite well.

Wikipedia's "home altar" article, as of this writing, provides a picture of a family altar in "a Methodist Christian household," thereby indicating that some people from non-Catholic traditions set up physical places for family worship. The article also has references to Lutheran sources.

I'm Protestant and we don't have family altars. I don't know any christian derived church where that's something common (i'm from Portugal btw).

I do know a lot of Catholics who have in their home but it's becoming less common in the youth generation.

The most common form of family altars i usually see is a table at the opening of the house, a cabinet in the living room with a lot of pictures. Usually they also have candles.

Catholic families DO NOT have altars in their homes.

Some Catholics may have a small niche or alcove where they keep some religious devotional items, like a statue of Mary or a Bible or something. But this is NOT an altar.

An altar is a table specifically built for the celebration of Mass. A table with candles and flowers and a statue of Our Lady of Guadalupe is not an altar.

The exception here is that some (very large) historic households have had chapels, which would then have an altar in them. But that isn't at all what you're describing, since the altar is proper to the Chapel, only incidentally to the house.

Unless it is part of a small chapel, no other mainstream Christian tradition which properly has altars as furnishings in their Sanctuaries, has a practice of house altars.

Not the answer you're looking for? Browse other questions tagged culture religious-practice .

3
Is there a doctrinally supported name for a designated "home prayer space" in the RCC?

4
Why does the Catholic church have so many Masses throughout the week?