Where did the notion that Adam and Eve ate an APPLE come from?

Contrary to popular belief no mention of the fruit being an apple can be found in the Book of Genesis.

And yet, the idea that it was an apple is widely accepted.

Was it due to Classical influences (The golden apples in the Garden of the Hesperides)?
Is it a legacy from the Latin 'malum' (apple/evil)?
Or is there another reason?

Are there any other theories that have been put forward as to what the fruit might have been?

According to the Online Etymology Dictionary, the word apple has, until recently, always meant simply "fruit" in English. This was certainly the case at the time of the earliest English Bible translations in the 1600s.

In Middle English and as late as 17c., it was a generic term for all fruit other than berries but including nuts (e.g. Old English fingeræppla "dates," literally "finger-apples;" Middle English appel of paradis "banana," c.1400). Hence its grafting onto the unnamed "fruit of the forbidden tree" in Genesis.

The notion of the forbidden fruit being an apple is not something exclusive of english christianity (here in Spain is also an usual misconception), as long as I've heard is something habitual in Western European culture as a whole.

The main explication that I found about this is related to something that the OP already talked about: the latin words malum/mālum which mean evil and apple and have a very similar pronunciation. The reason was the following:

Saint Jerome was one of the most relevants scholars of his time, being depicted in a huge number of paintings. He is also the autor of a translation of the Bible from the original Hebrew that started in 390 and was finished by 405. This translation into Latin is what is know as a vulgate, an edition of the Bible aimed to the people, not just for the scholars.

St. Jerome translated the original using the word malum (additional reference) which has given rise to the notion of the fruit being a apple.

This misconception was perpetuated in the ideas of European people mainly due to the work of the numerous painters who decided to paint this scene. For instance here you can take a look at the painting called The Fall of Men by Jan Brueghel and P.P. Rubens: 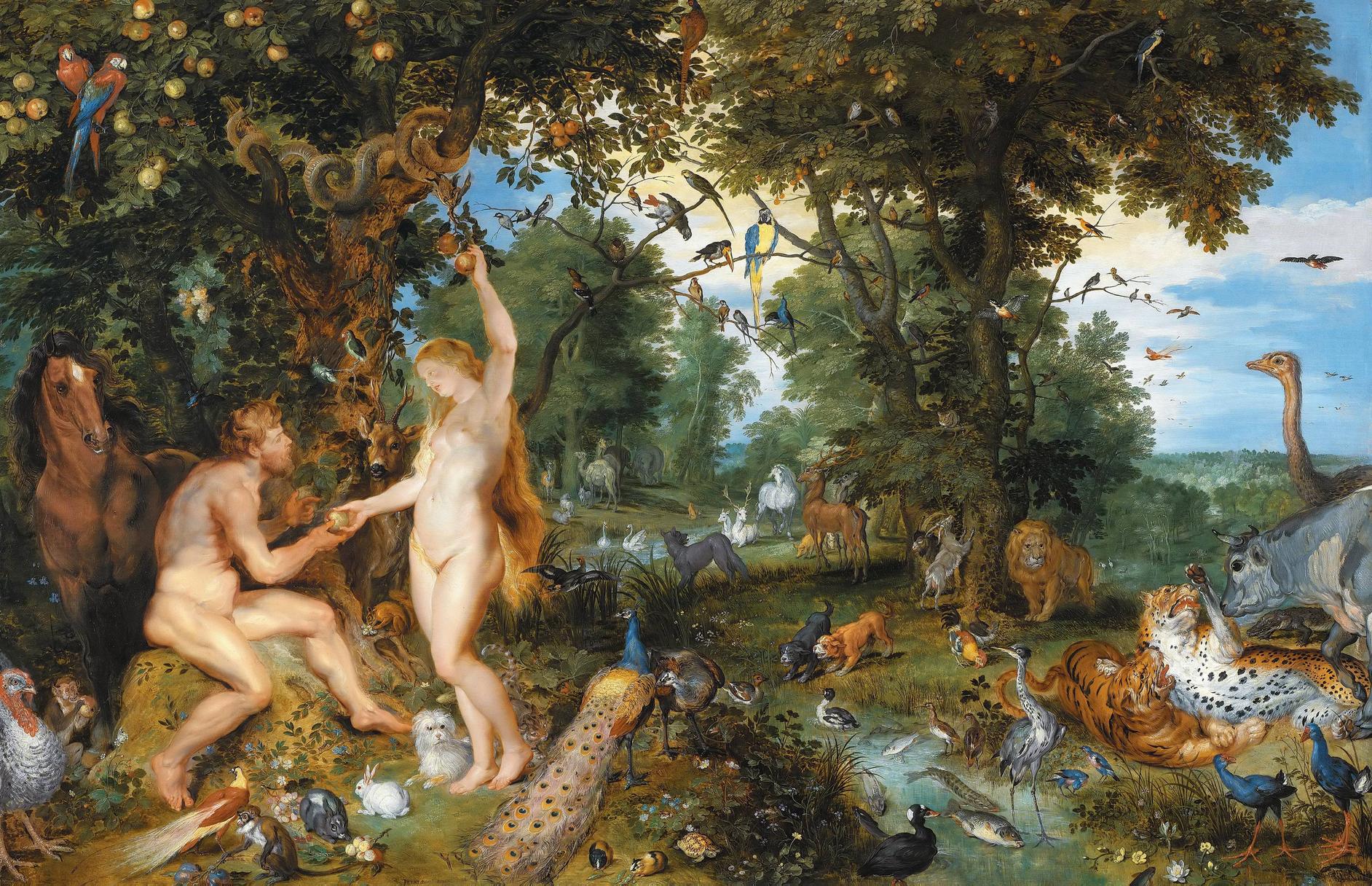 And also the very famous Adam and Eve by Albretch Dürer (link).

The bible talks about a generic "fruit"; but in latin, the word from apple (malum) has the same sound of the word for evil (mālum)... so, during middle age, artists started to represent the forbidden fruit as an apple.

Not the answer you're looking for? Browse other questions tagged genesis church-history bible-translation adam-and-eve .

-2
Eating a specific fruit that God didn't permit was an act of disobedience, agreed, but?