Which doctrine supports the idea that Daniel 2:44 is the Millenium Kingdom?

After looking at Clarence Larkin's charts, I noticed that some (chart1, chart2) of them associate the Kingdom in Daniel 2:44 with the Millenium Kingdom. Is there any doctrine that supports this? I would hate that the Church is still under the Roman Kingdom - iron and clay. Divided. 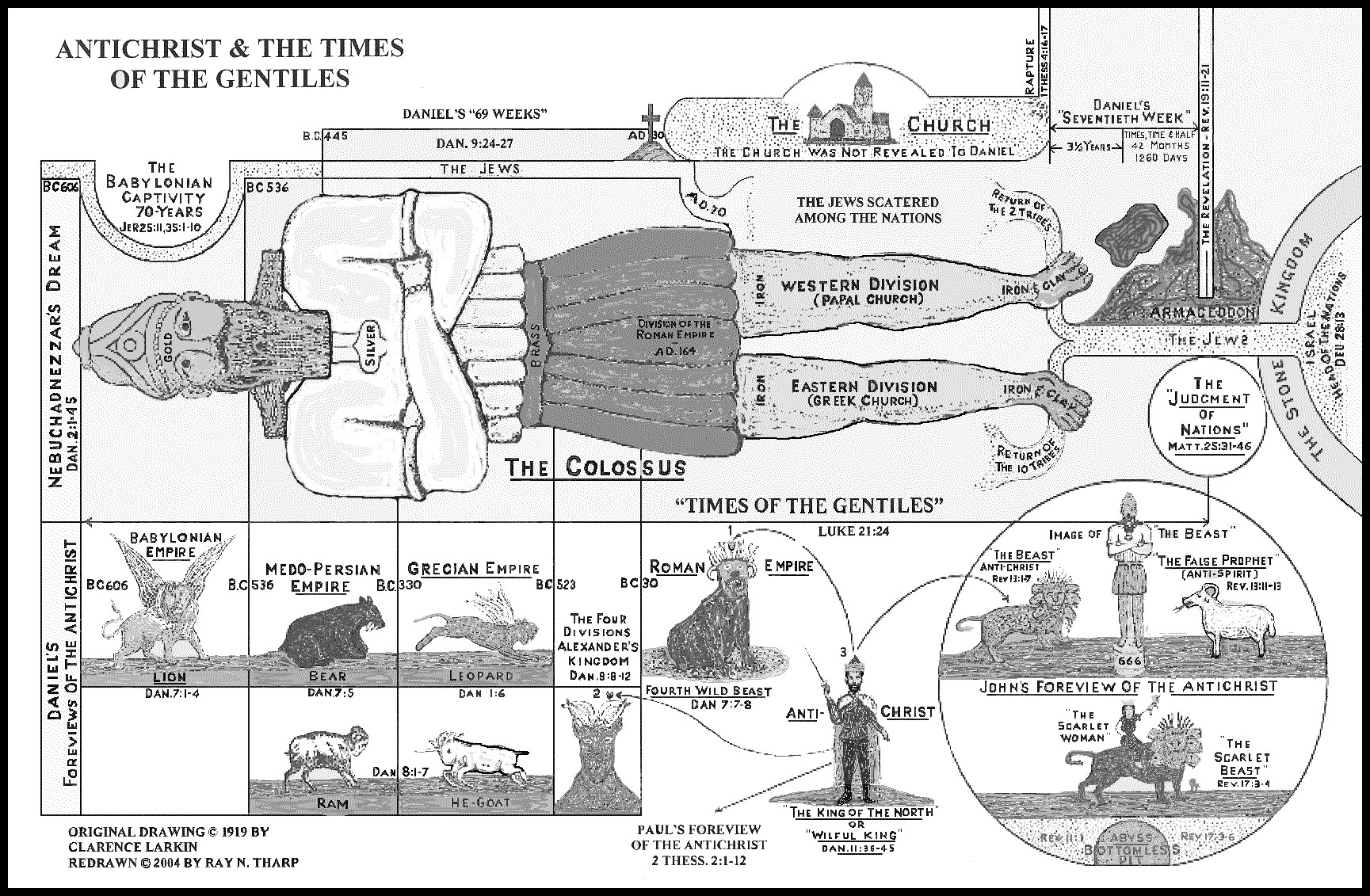 I would hate that the Church is still under the Roman Kingdom - iron and clay. Divided.

Without getting into the discussion of the Millenium Kingdom, I thought it might be helpful to take a look at Daniel 2:43-45 (let's use the NIV):

And just as you saw the iron mixed with baked clay, so the people will be a mixture and will not remain united, any more than iron mixes with clay.

"In the time of those kings, the God of heaven will set up a kingdom that will never be destroyed, nor will it be left to another people. It will crush all those kingdoms and bring them to an end, but it will itself endure forever.

This is the meaning of the vision of the rock cut out of a mountain, but not by human hands--a rock that broke the iron, the bronze, the clay, the silver and the gold to pieces. "The great God has shown the king what will take place in the future. The dream is true and its interpretation is trustworthy."

Then the iron, the clay, the bronze, the silver and the gold were all broken to pieces and became like chaff on a threshing floor in the summer. The wind swept them away without leaving a trace. But the rock that struck the statue became a huge mountain and filled the whole earth.

Let's also quote Revelation 20:6-7 just so we all know what we're talking about:

Blessed and holy are those who share in the first resurrection. The second death has no power over them, but they will be priests of God and of Christ and will reign with him for a thousand years.

When the thousand years are over, Satan will be released from his prison

Let's just highlight a few points outlined here. First of all, note that the kingdom in Daniel will endure forever. Now, strictly speaking, holding to Biblical literalism in all cases isn't necessary the most sure-fire method of evaluating theological bases, but Revelation 20:7 does specific that the end of the 1000 year reign is terminating by an event (the release of Satan) so it is perhaps unreasonable to consider the Millennium Kingdom (which terminates) as equivalent to the Daniel kingdom (which explicitly never terminates).

Is there any doctrine that supports this interpretation?

Is there any reasonable doctrine, internally consistent and grounded in Biblical evidence that supports this interpretation?

That is for you to decide.

Not the answer you're looking for? Browse other questions tagged exegesis heaven revelation daniel kingdom-of-god or ask your own question.

4
What is the view of Jehovah's Witnesses on John 18:36 "My kingdom is not from this world"?
2
Are there any Christians who understand Daniel 10 implying that there is an evil spirit prince over each country?
2
Why did Daniel feel the need to pray towards Jerusalem, even at the cost of his own life?
7
How does one "leave his wife" for the Kingdom of God?
12
Who first associated the fourth beast of Daniel 7 with the Roman Empire?
8
After resurrection, which one (if any) of the Mormon heavens will be here on earth?
2
What is the Dispensational Interpretation of Daniel’s Stone Kingdom?
3
How do Jehovah's Witnesses justify their interpretation of Daniel chapter 4 given the specificity of the text?
1
Which decree is the correct interpretation of Daniel 9:25