'Monsignor' is used for priests who have received certain specific honorary awards or who hold certain offices.

The grant is subject to the criteria of the Holy See, including a minimum age, which Pope Francis raised from 35 to 65 years.

My question is: Why did Pope Francis raise that minimum age from 35 to 65 years?

Also, did Pope Francis revoke that title to priests who have been granted before that new rule and who are, at that date, less than 65 years old?

2.) Did Pope Francis revoke that title to priests who have been granted before that new rule and who are, at that date, less than 65 years old?

For the first question, Pope Francis raised the minimum age from 35 to 65 in order to avoid careerism and personal ambition, but this does not affect members of the Holy See's diplomatic service.

As for the second part of this question: Monsignori keep their titles, if they already have them. Thus the new rule is not retroactive.

Pope Francis has decided to limit the honor of "monsignor" among diocesan priests and grant it from now on only to those at least 65 years of age.

The change, which is not retroactive and does not affect Vatican officials or members of religious orders, was announced in a letter from the Vatican Secretariat of State to nunciatures around the world, along with instructions to inform local bishops.

Of the three grades of monsignor -- apostolic protonotary, honorary prelate of His Holiness and chaplain of His Holiness -- only the last will be available to diocesan priests who meet the new age requirement.

On December 14, 2013, Pope Francis suspended the granting of the honorific title of Monsignor except to members of the Holy See's diplomatic service.

The subject of bestowing honorifics came up at the October 2013 meeting of the Council of Cardinal Advisers. Pope Francis had indicated a desire to scale back such practices as part of a broader effort to project a more modest and pastoral vision of leadership. In December of the same year he communicated his definitive decision to accept no further requests from bishops for appointments to any class but that of Chaplain of His Holiness, the lowest of the three classes, and that candidates presented must be at least 65 years old. He himself, during his 15 years as archbishop of Buenos Aires, never asked that any of his priests receive the title, and he was understood to associate it with clerical "careerism". Grants already made were not revoked.

Appointments to all three classes of awards continue to be granted to officials of the Roman Curia and the diplomatic service of the Holy See, and there was no revocation of privileges granted to certain bodies such as chapters of canons whereby all their members or some of them have the rank of Protonotary Apostolic, Honorary Prelate or Chaplain of His Holiness.

Also unaffected is the association of the style with the office of vicar general, an appointment made by the bishop of the diocese, not by the Pope. Without necessarily being a protonotary apostolic, a diocesan priest has that titular rank as long as he remains in office. Monsignor 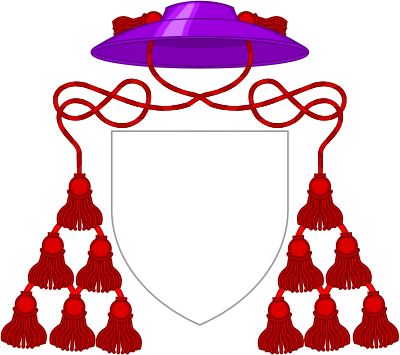 Generic coat of arms of a protonotary apostolic: amaranth galero with 12 scarlet tassels. 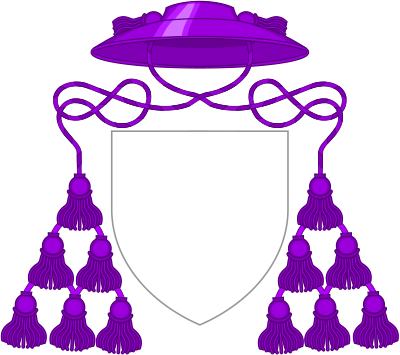 Generic coat of arms of an honorary prelate: amaranth galero with 12 violet tassels. 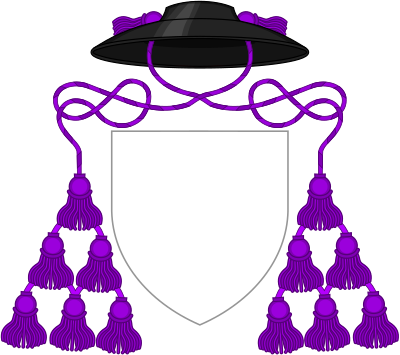 Generic coat of arms of a Chaplain of His Holiness: black galero with 12 violet tassels.

Not the answer you're looking for? Browse other questions tagged catholicism priesthood canon-law pope-francis .

7
What priesthood did the line of Adam from Seth to Melchizedek and Noah hold in LDS/Mormon teaching?
2
Can anyone explain Pope Paul VI's arguments in favor of Padre Pio?
8
For Catholics who have expressed concern about Pope Francis and are wary of his pontificate, what are the key issues?
4
Did Pope Francis say that the Gospel is radical?
1
Has Pope Francis indicated a position on the use of genetically modified mosquitoes for the control of Zika?
7
When did the Latin Catholic Church begin to generally require fasting only one hour prior to the Eucharist?
2
Death Penalty 2018 - Pope Francis vs Trent?
4
What are the minimum requirements for becoming pope?
3
What is the origin of the cope?
5
Why did the Bishop of Rome accept (and retains until today) the title "Pontifex Maximus" and how were the rights and duties transferred/transformed?