What does the Bible say about the appearance of angels? [closed]

Ask Question
Asked 10 years ago
Active 6 years, 7 months ago
Viewed 28k times
13
Closed. This question is off-topic. It is not currently accepting answers.

In Christian art, angels are often depicted as winged human-like creatures. However, I'm curious if there is any justification for this in the Bible? I've sometimes heard that there isn't, so that's why I'm asking you as experts in the field.

Are there any descriptions of the appearance of angels in the Bible? 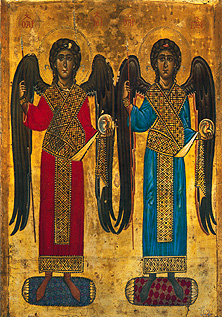 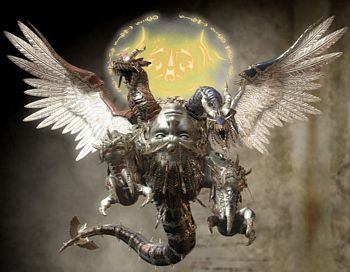 The Bible has many descriptions of angels, and in some cases they obviously appear as men, because they are mistaken for men.

The angel of the LORD came and sat down under the oak in Ophrah that belonged to Joash the Abiezrite, where his son Gideon was threshing wheat in a winepress to keep it from the Midianites. When the angel of the LORD appeared to Gideon, he said, “The LORD is with you, mighty warrior.” “Pardon me, my lord,” Gideon replied, “but if the LORD is with us, why has all this happened to us? Where are all his wonders that our ancestors told us about when they said, ‘Did not the LORD bring us up out of Egypt?’ But now the LORD has abandoned us and given us into the hand of Midian.” Judges 6:11-13

Other passages describe angels in a variety of different ways. Ezekiel presents one of the stranger

I looked, and I saw beside the cherubim four wheels, one beside each of the cherubim; the wheels sparkled like topaz. As for their appearance, the four of them looked alike; each was like a wheel intersecting a wheel. As they moved, they would go in any one of the four directions the cherubim faced; the wheels did not turn about as the cherubim went. The cherubim went in whatever direction the head faced, without turning as they went. Their entire bodies, including their backs, their hands and their wings, were completely full of eyes, as were their four wheels. I heard the wheels being called “the whirling wheels.” Each of the cherubim had four faces: One face was that of a cherub, the second the face of a human being, the third the face of a lion, and the fourth the face of an eagle. Ezekiel 10:9-14

I can't recall (and a quick search doesn't turn up) any biblical description of an angel that actually includes the elements of most of their art, a human form with wings and a halo.

Not the answer you're looking for? Browse other questions tagged bible art angels or ask your own question.

21
Where did angels get their wings?
10
What are the differences between cherubim and seraphim?

9
Do 'Bible Christians' find paraphrasing the Bible distasteful?
3
What kinds of supernatural beings are in the Bible?
9
Do angels sing?
3
Example for children of common sense in the Bible
11
Origin of the idea that "demons" and "fallen angels" are the same thing?
2
Is there a trend toward not capitalizing the word "Bible"?
3
Has the Bible ever been translated into Egyptian Hieroglyphics?
3
Why is the word "dragon" in the Bible?