What is the symbolism of the Peacock?

In some churches I have seen, the peacock is used in furniture or other similar items: 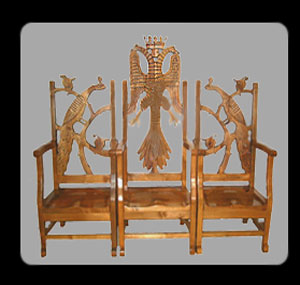 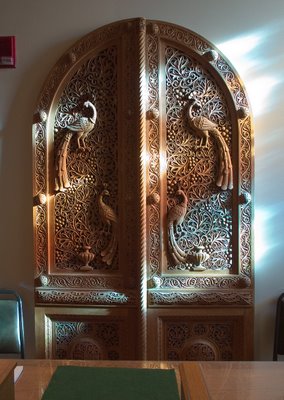 It can also be seen in some Iconography and decoration: 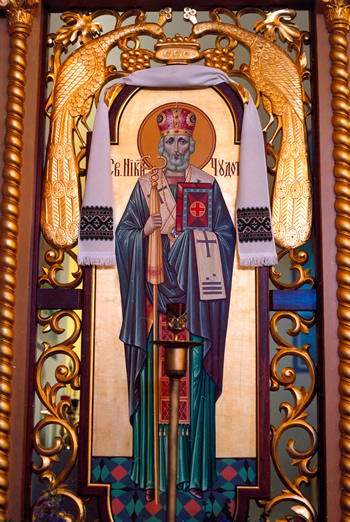 I was just wondering what the symbolism of the Peacock actually is, and what churches this symbol is used in? Seems to me to that it is just a proud bird!

One can find a reference to the peacock in the book of Revelation 4:6:

Before the throne there was a sea of glass, like crystal. And in the midst of the throne, and around the throne, were four living creatures full of eyes in front and in back.

"Full of eyes"... "The tail of the peacock, with its ‘thousand eyes’ are symbolic of omnipotence and often ascribed to the Archangel Michael. The peacock’s feather is sometimes associated with St. Barbara."1 Also, The peacock, (due to an ancient myth that Peacock flesh did not decay), is seen as a symbol of immortality.

The peacock is also seen as a symbol of resurrection: "When the peacock sheds his feathers, he grows more brilliant ones than those he lost."2

One may also hear the opinion that the peacock is the symbol of (ironically) humility, since it has great beauty, yet hides it all behind itself.

As a fleur de lis symbol, it is often seen as a symbol of Beauty, power, and knowledge.3

What churches is this symbol used in?

To the best of my knowledge, the Protestant denominations have never really used the Peacock as a symbol. It is used somewhat commonly in the Orthodox church (which is where I was first acquainted with its use), and can be seen in medieval Catholic churches. Not sure if the Catholics still use it to this day, but I know that the Orthodox certainly do. For more on this, take a look at this link.

Not the answer you're looking for? Browse other questions tagged symbolism church-building .

-3
According to the Catholic church everyone has a Guardian Angel,but what happens when you get married?

5
What is this symbol (cross with P loop atop)?
17
What is the significance of the inverted pentagram symbols on the LDS Temple in Salt Lake City?
7
How widely used is "beehive" imagery?
3
Why are many protestants hesitant of the reappropriation of symbols?
6
Why is the interlocking-squares (gammadia) a symbol of the Melchizedek Priesthood?
1
Ancient imagery beasts used in Christian symbolisms?